Steve Kirby was a gentle giant. At 6ft 5”, he towered over his wife, Tania: a little over five feet tall.
Joe Emery 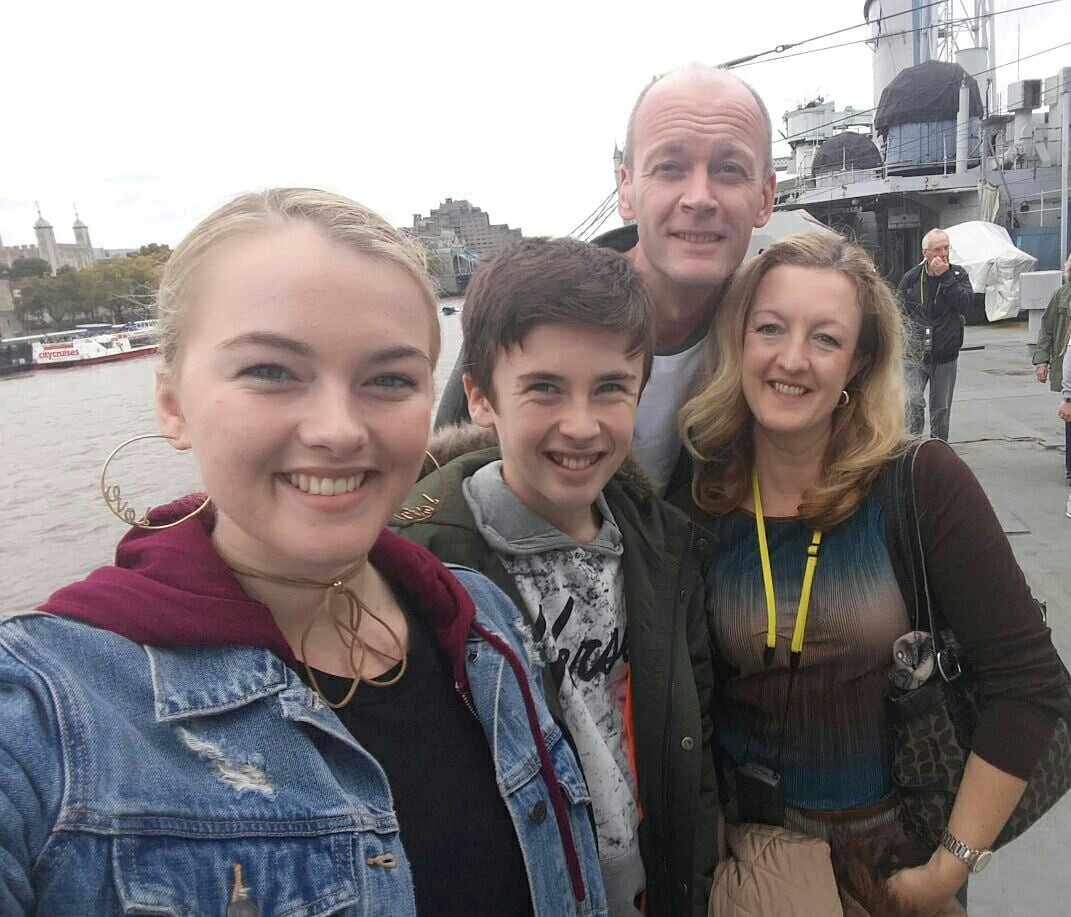 When Steve first complained of stomach pains and a lack of appetite, medical professionals were baffled. They concluded that the only way to determine what was wrong would be an exploratory operation, where they removed parts of Steve's organs. Four months after his first consultation and nine hours on the operating table later, the couple received devastating news. Steve had a very rare form of cancer, in his bile duct.

Steve's diagnosis shocked everyone around him. He was strong, fit, healthy, and just 47 years old. As Steve's body became weaker, Tania found it difficult to lift her lofty husband off the toilet and out of the bath. Saint Francis Hospice stepped in to care for Steve, and fitted hoists and other aids to help him around the house.

"The Hospice at Home nurses were angels," beamed Tania. "Because bile duct cancer is so uncommon, it was difficult to find someone knowledgeable, but the Hospice really understood. The balance between care, empathy, and knowledge was incredible."

Steve ended up spending Christmas Day 2017 in hospital. Tania and Steve were always honest with their children, 11 and 14, about their dad's condition. Tania was just 14 when she lost her mum to cancer. With the best intentions at heart, Tania's family hid the truth from her. Tania and Steve were determined not to make the same mistake.

Steve returned home after many months in hospital. To make up for missing the festive period, Tania, Steve, Liam and Emma celebrated Christmas in the summer of 2018. "My neighbours must have thought we were bonkers," joked Tania.

Despite being in the midst of a glorious British summer, the tree was up, and the Christmas tunes were blasting. Neighbours became even more confused when they heard Auld Lang Syne and shrieks of "Happy new year" over the fences. Christmas in June would be a memory that the Kirby family would treasure forever.

A fifth major operation followed for Steve, from which he never quite recovered. On their 20th wedding anniversary, Steve and Tania received more shattering news. The cancer was now terminal and inoperable, and Steve didn't have long to live. Our Hospice at Home team broke the news that Steve was in the final two weeks of his life. Steve and Tania decided that under no circumstances could he pass away in their house — for the sake of their children.

After staying at home for as long as he could, the day finally came: Steve became an inpatient at our Hospice. "It was sheer relief to get him there," recalled Tania. She sat by her husband's bedside, holding his hand. Tania admitted that she became more afraid of Steve living than dying.

"You've looked after us for all these years," she said to him. "You've given us a great life, but it's okay for you to go now."

Steve was waiting for Tania's permission to pass away. His breathing quietened, and his grasp of Tania's hand slowly loosened. He was 48 — his children just 13 and 16.

"He was one in a million," swooned Tania. "I feel so lucky to have met him. Our marriage was cut short, but some people never get to experience something like that. I had 28 wonderful years with the most amazing guy."

Tania is now undergoing bereavement therapy at our Hospice and is working hard to raise money the cause.

"It's the least I can do to help this magical place that has helped my family and me so much," she said.

You can help Tania, Liam and Emma as they try to adapt to life as a family of three by volunteering. If you'd like to find out more, please visit www.sfh.org.uk/volunteer, email volunteering@sfh.org.uk, call 01708 758614, or we'd love to see you at our Hospice or one of our stores.
Archive