Wallace White was 73 years old when he was diagnosed with heart failure. 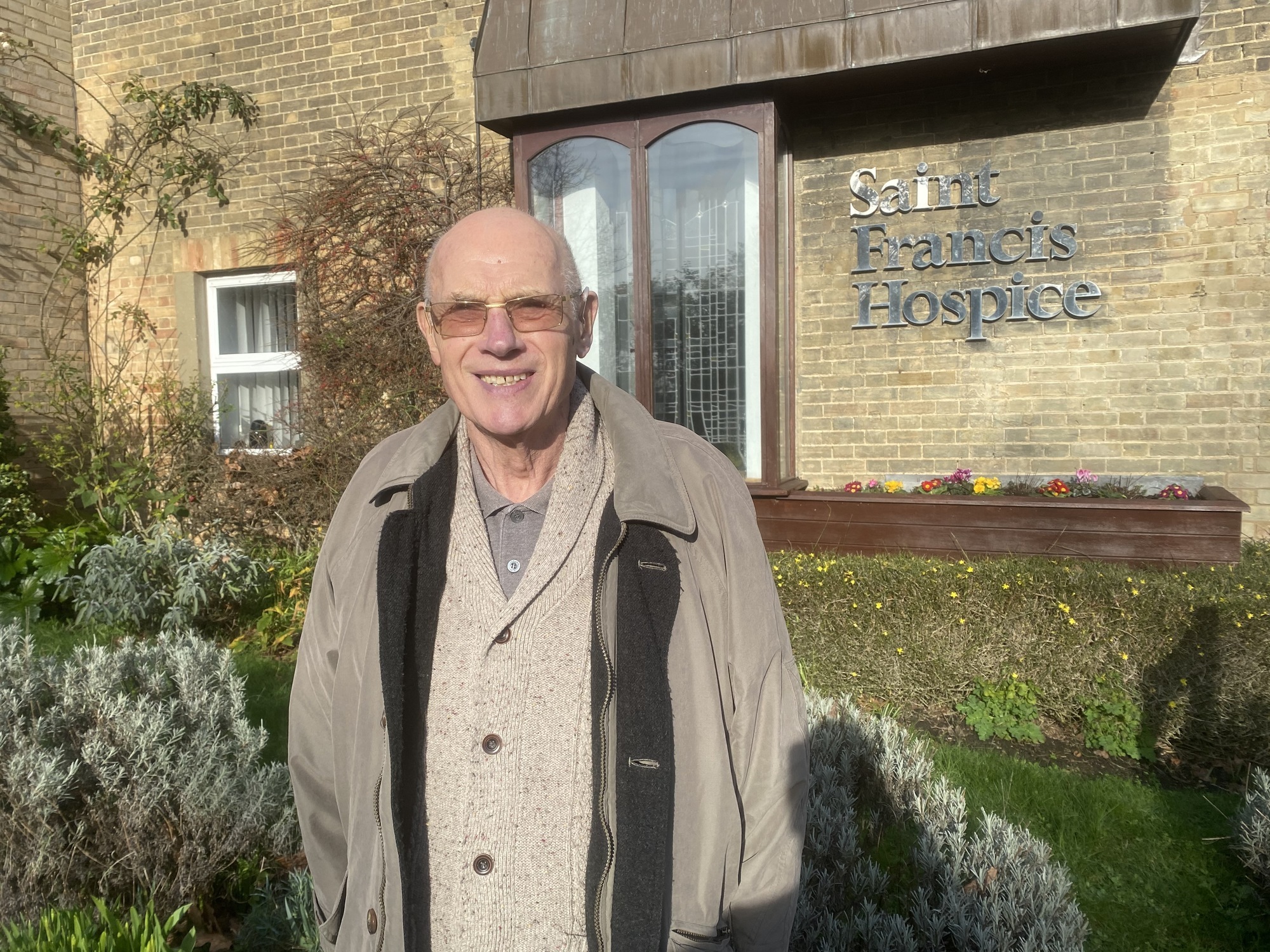 Shortly after having a pacemaker fitted, he had a torrid night's sleep.

"I woke up in the middle of the night and felt like I was drowning," he recalled. "I went into sheer panic."

Tests at Queen's Hospital in Romford revealed that Wallace had a build-up of fluid in his lungs, stomach and legs. The nurses at Queen's knew he wasn't too keen on hospitals. As Wallace became bloated and his legs so swollen that he couldn't lift them, they suggested Saint Francis Hospice manage his discomfort instead. The prospect of Wallace coming to our Hospice scared his family and friends.

"They presumed I must only have days to live," he remembered. "I was at the Hospice for 17 wonderful days. The medication the nurses gave me did the trick, and they cared for me so well."

Wallace lost a stone caused by water retention and became much more nimble. Now 80, Wallace is a regular at our Hospice. These days, it's to socialise at Pemberton Place. It's our day unit for people who all have at least one thing in common: a life-limiting illness.

Wallace is one of the many people who have stayed on our ward and returned home again. We discharge 33.5% of our patients once we have their pain and discomfort are under control. Wallace is also among the 33.7% of our patients whose conditions are non-cancerous.

You can help us care for people just like Wallace by playing our weekly Lottery — all while being in with the chance of winning anything up to £25,000. Every week, someone will win at least £1,000. Twenty-five Lottery tickets pay for an hour of care on our ward.