Angela was 30 years old when she married Tony Bridge 20 years her senior. People gawped. "It will never work", they scoffed.
Joe Emery 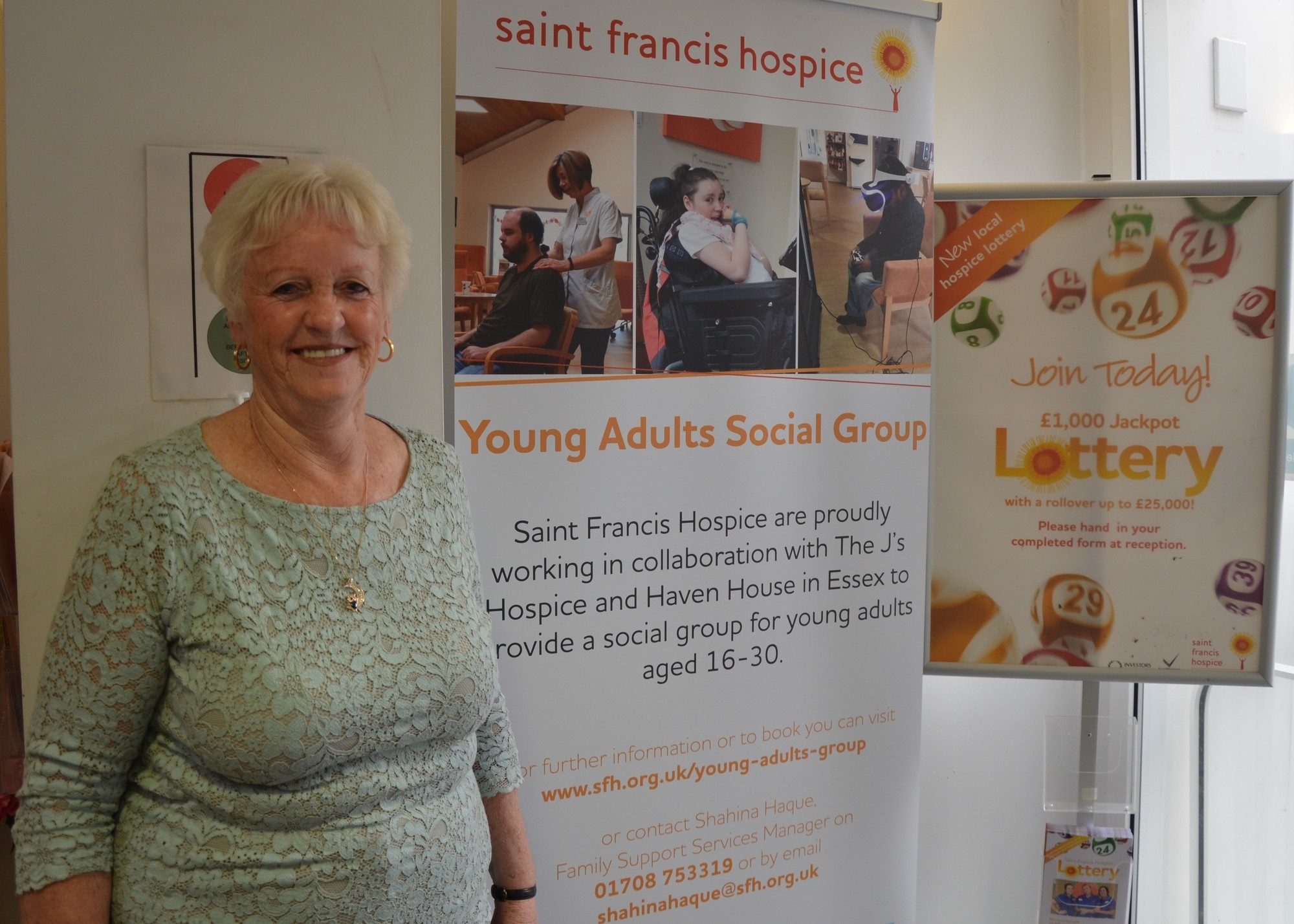 Twenty-eight years into marital bliss, Angela applied for a voluntary role on reception at Saint Francis Hospice. She remembers how nervous she was. Angela hadn't been to a job interview for decades. She was determined that she'd made a pig's ear of it.

"I messed that right up," she said to Tony when she got home. Only minutes later, the phone rang, and we asked her if she could start the following week. Angela gleefully accepted. Little did she know that she would soon be needing us as much as we needed her.

Angela and Tony's marriage was still going strong after 38 years when they received devastating news: Tony had terminal stomach cancer. Our Hospice at Home team cared for Tony at their home in Rise Park, Essex.

"They were magnificent," Angela recalled. "The Hospice gave him a special bed and the nurses would bathe him. They gave us everything we could have wanted and more. I don't know how I could have done it without them."

It was Tony's wish to pass away at home, surrounded by his loved ones. He was 87. Since Angela lost Tony, volunteering has taken on a different meaning for her:

"Tony's passing made me realise how much I needed to keep busy. Volunteering gives me a purpose. I get a lot out of it, and so does the Hospice. There's such a nice bunch of people here."

Angela agreed that our Hospice is an extraordinary place, and often quite different from what people expect:

"A lot of people think it will be a morbid place, but they feel uplifted as they come through the doors."

Angela has no hesitations about recommending our care for anyone who needs it:

"Even after a couple of hours, patients seem to be calmer, happier, and settled."

She revealed that the most rewarding part of her volunteering job is knowing that she had made a difference to someone's day, and hearing the words 'thank you'.

We thank you too, Angela!

By volunteering, you'll be helping people like Tony live their final moments in dignity, comfort and joy. We need more volunteers whether that be working alongside Angela in reception, in our retail stores, at fundraising events, or driving patients to and from our Hospice.