Terry Carroll admits that when he first became a volunteer driver for Saint Francis Hospice, he was thinking about himself.
Joe Emery 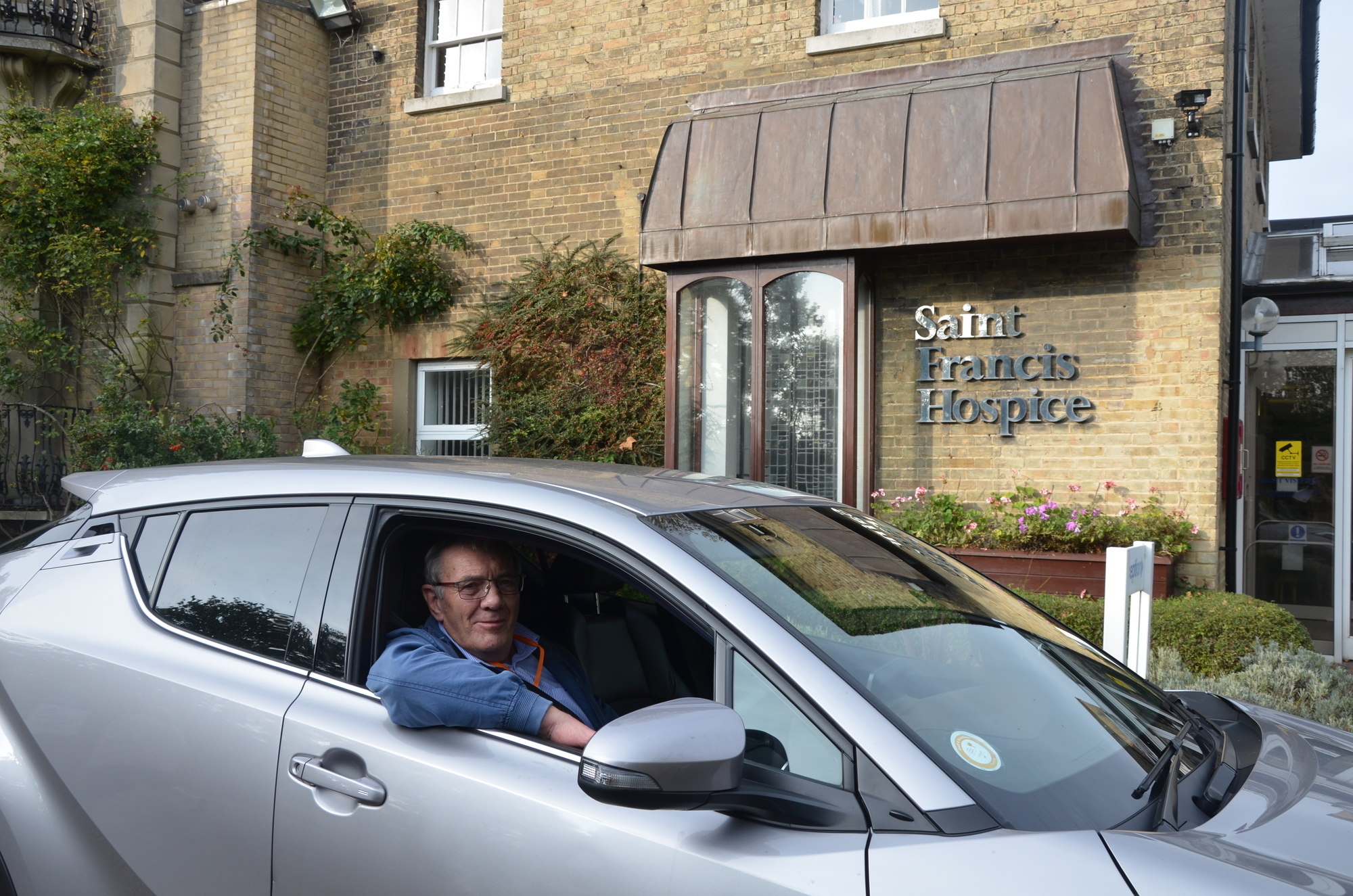 "I had retired and needed something to do. I offered to volunteer purely for selfish reasons," he recalled.

No hard feelings, Terry! Many of our volunteers do it to keep them on their toes during retirement and keep the brain cells keep ticking over. A year on, and Terry describes volunteering as the most rewarding thing he's ever done. Terry chauffeurs our patients to and from our Hospice, which saves them from the stress, discomfort and difficulties of driving or using public transport.

Once our patients are here, they find anything from socialising, physiotherapy, and financial advice — to getting their hair and toenails trimmed. Putting his skills and experience from a career in banking to good use, Terry also kindly volunteers in our Finance department. Terry's connection with the hospice movement is strong; many of his family and friends have been under hospice care over the years.

Terry refers to our Hospice as his "happy place".

"You meet a great bunch of people," he said. "The patients have such an admirable, positive outlook on life. It's very rewarding, doesn't take a massive amount of time, and you're doing something good for people who need it the most."

We're winning the fight against loneliness and isolation among people living with life-limiting illnesses in our local boroughs. By becoming a volunteer driver, you'll be helping the cause too. The shifts and hours are flexible, and we cover petrol costs. As well as making a difference to people's lives, there's an opportunity to support Retail and Fundraising too.