Us and Mrs Jones 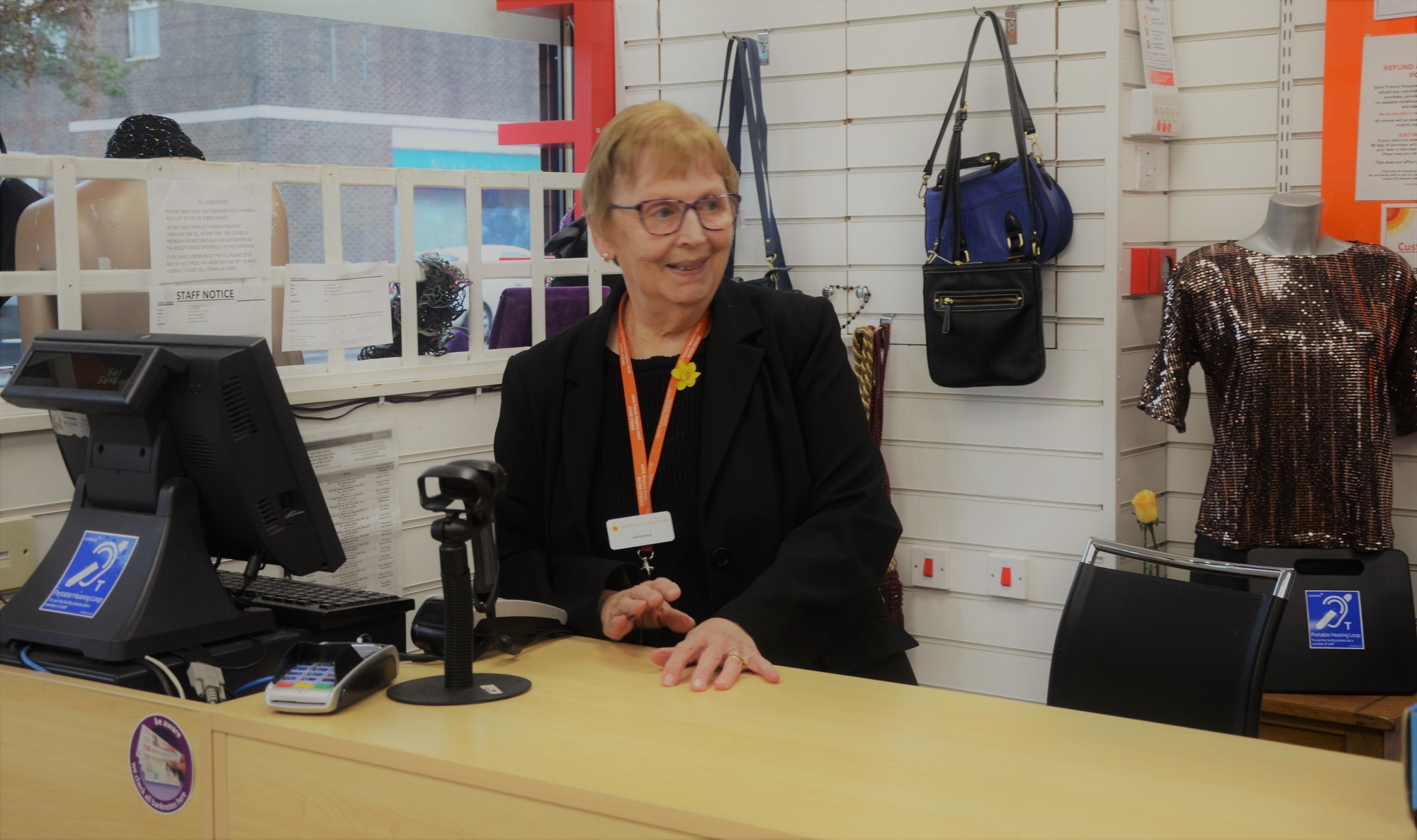 While Saint Francis Hospice's founders, Dr Dorothy Rule, Peter Smith, and Joan Matthews were scratching around for initial funding, Pat Jones was baking and selling cakes to help the cause. Pat's cakes helped that dream become a reality.

Little did Pat know that she would need our Hospice 10 years later when her husband was diagnosed with brain cancer. Pat had to take four months out from her job teaching at Gaynes School in Upminster to care for him.

"It was crazy," she said. "I didn't get any sleep and had no experience of caring. I was at breaking point; I had reached the end of what I could do. As soon as I put Michael on his side, he would yelp in pain and ask me to turn him over again. It was mentally and physically draining."

Our Hospice at Home team stepped in to care for Michael. "It didn't matter if it was the middle of the night, the nurses would come," Pat fondly recalled.

Michael became an inpatient at our Hospice for the final three weeks of his life. He had lost his speech, sight and movement, so Pat can't say for sure whether he knew where he was or what was going on. What Pat does know is that he would have appreciated everything our Hospice did for him. Michael passed away four months after his diagnosis. He was just 51 years old.

Pat has now been volunteering at our Upminster charity retail store for over 10 years:

"I had retired, and it was time to pay the Hospice back. I love it. I can't 'not' do something, so it's helped keep me on my toes during retirement."

Pat especially enjoys teasing her ex-pupils who come into the shop and reminding them what scallywags they were. Recently, one came in to buy a huge book on the Russian Revolution. "You couldn't even get him to sit still, let alone read a book," joked Pat.

"You're not going to read all that," Pat said to him. "I am; I can't get enough of it," he replied. "And he meant it!" she said. "It's fulfilling to know that some of the basic things I taught them have come to fruition during adulthood."

If someone is umming and ahhing about volunteering in our Upminster store, Pat promises them that they will love it as much as she does. Plus, she brings a homemade cake to the shop every shift — not that that's a bribe in any way, shape, or form.

Thank you for supporting our Hospice since before we even opened our doors, Pat!

Our stores are always looking for volunteers. Even one hour of your time a week would be greatly appreciated by the patients at our Hospice, who benefit from every item sold in our retail stores.

If you'd like to find out more, please visit www.sfh.org.uk/volunteering, email us at volunteering@sfh.org.uk, call 01708 758614, or pop into of your local stores.