Julie Kelly was thrilled when she won the £1,000 jackpot on the Saint Francis Hospice Lottery in August. Here the mum of three from Hutton tells us why she is supporting the charity and wants to make sure it can continue caring for local people who are seriously ill…..

The hospice is a fantastic charity and it provides so much care and support to people at the Hospice and in the community.

My husband’s sister passed away at the Hospice and his brother was able to be cared for at home before he died. And when you see the work the charity does, you understand why it needs funding from the local community.

My support has paid off

Playing the Lottery is an easy thing to do and it’s just over £4 a month. It’s a direct debit and I don’t have to think about it. I know my donation goes straight to the Hospice and it’s just a great way of donating on a regular basis.

I was thrilled when I got a call to say I’d won the weekly jackpot. It was such a huge surprise. I treated myself to a new TV for the kitchen and took my husband out for a meal. Winning the Lottery isn’t something that comes up often so I want to put the money to good use.

I’ve also supported the Hospice in other ways too. I worked as the assistant manager at the Upminster store for six months but because of family commitments I had to give up the role. I enjoyed working at the shop so much that I decided to go back as a volunteer two days a week up until lockdown changed everything.

I used to be a window dresser and I really miss the creative side of the role. I had previously worked as a manager in a small charity shop and because we only had a few volunteers, I ended up working on my own. But when I was working at the Upminster store and I saw how well supported by volunteers it was, I wanted to go back and help.

I also did a skydive for the Hospice in the past. It was something I wanted to do for my 50th but when I was 49, I thought, why wait and I signed up! I was absolutely terrified but it was the most amazing experience. 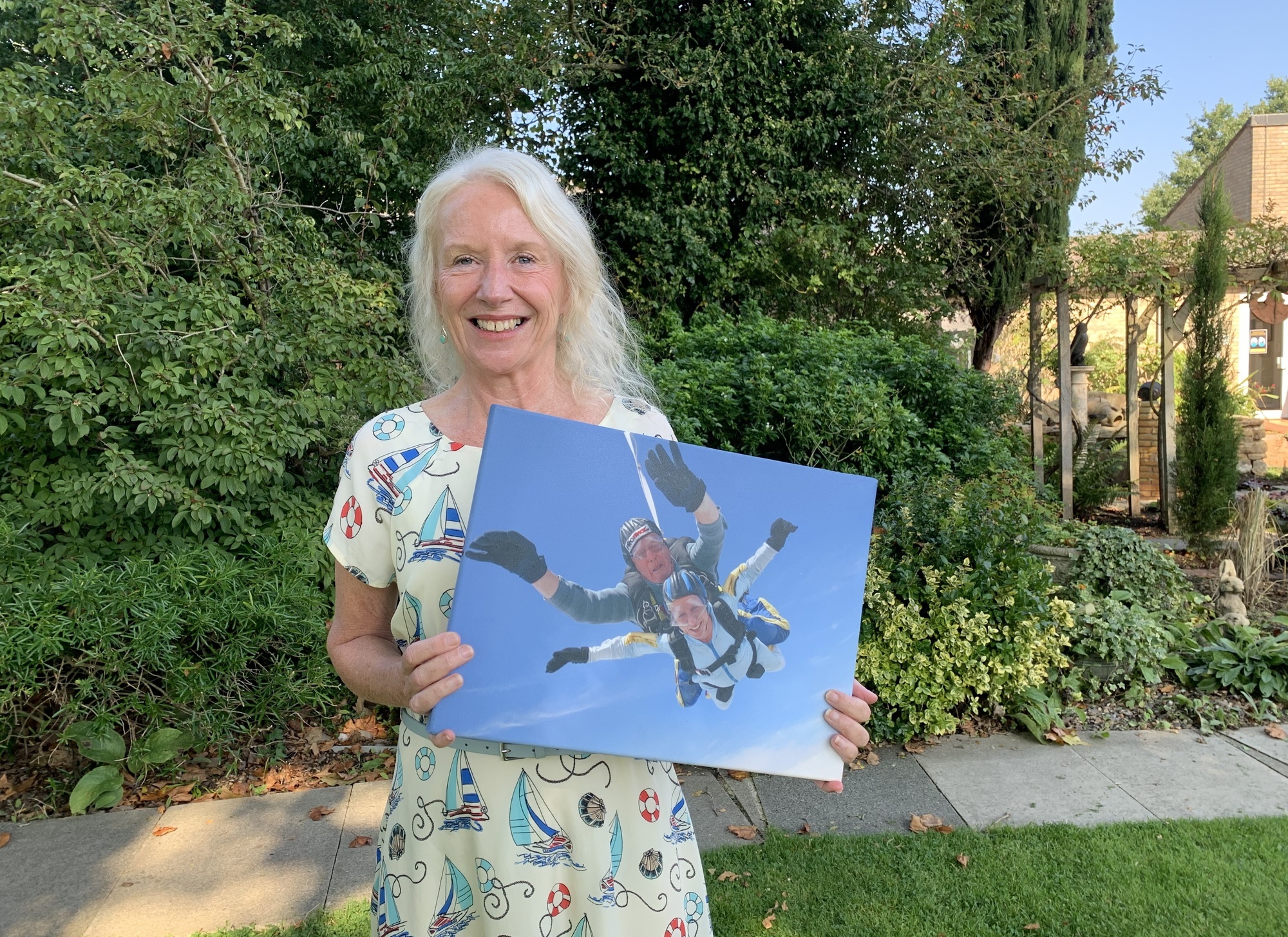 And for our 20th wedding anniversary we asked for donations instead of gifts.

The Hospice has been there for our family and I will continue to do everything I can to help the charity be there for other people when they need it.

Playing the Hospice lottery is a win-win, you help support the Hospice continue to provide world class care locally, and give yourself a chance of winning the £1000 jackpot every single week!