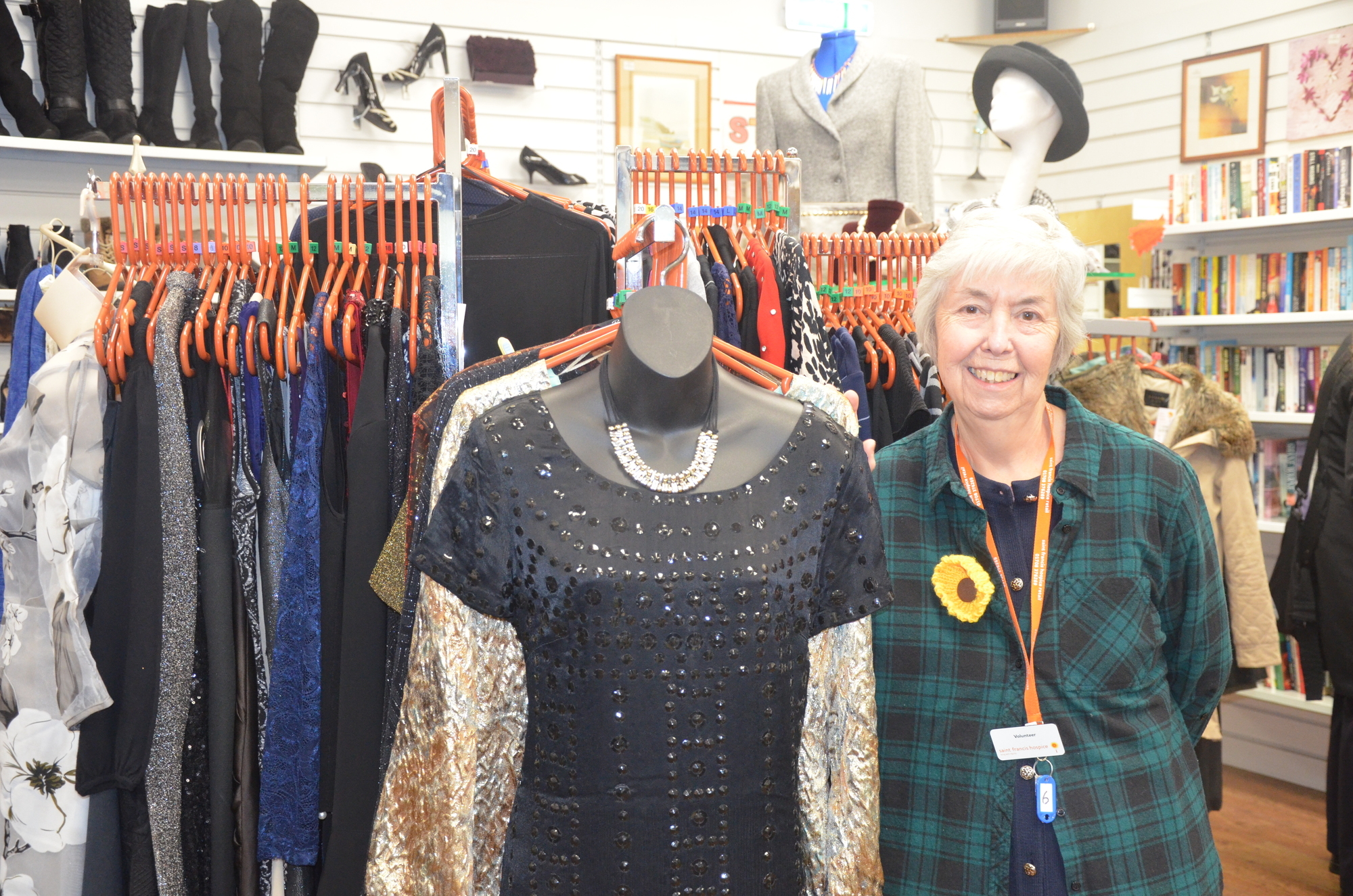 She volunteered at Oldchurch and Queen's Hospitals in Romford for over 30 years, in the prevention, diagnosis, and treatment of cancer. Last Christmas, she decided to lend a hand at the Saint Francis Hospice retail store in Upminster and has been with us ever since.


Just before the turn of the millennium, Barbara's husband was diagnosed with prostate cancer. He was only 57 years old. Malcolm was determined not to let his illness get in the way of life. Despite undergoing countless radiotherapy sessions, the pair travelled the world, played sports, and Malcolm continued to run his carpentry business.


Malcolm and Barbara were convinced that together, they had beaten cancer:


"We didn't think it would come back, but it did 20 years later," said Barbara.


When Malcolm's health deteriorated, both he and Barbara knew it was time to come to our Hospice:


"Malcolm never made a fuss about anything. He was a placid man and happily went along. He just accepted it rather than tying himself in knots. Half of me always thought he would come back home again. I was in denial about any other outcome as he always bounced back. Even though he was dying, it was far from an unpleasant experience, thanks to everyone's care and kindness."


Barbara recalled the fun she had when Malcolm somehow managed to throw himself out of the toilet:


"It was like in the old Western films. You know, when someone slings a cowboy through the saloon doors and on to the road. We checked he was okay at first, of course, then everyone started laughing Malcolm included."


After his cowboy stunt, Malcolm spent the final weeks of his life in happiness at our Hospice before passing away peacefully with Barbara by his side. He was 77.


Now 80, Barbara cites mixing with young people shopping for vintage clothes in the shop as what keeps her looking and feeling fresh.


"As long as they want me, I'll keep coming!," she said. Yes, we still want you, Barbara, plus anyone else who is eager to volunteer.


By giving your time, you're helping people like Malcolm live in dignity, comfort, and joy. There's a chance to get involved in all areas of the Hospice, including on reception, in fundraising, or among the wildlife in our tranquil gardens.