2022 is the year to push yourself to the limit and tackle a triathlon by running, cycling, and swimming around London's famous ExCel Centre, in the middle of summer.

As well as being London's only triathlon, the London Triathlon is proud to be the world's largest triathlon too. Ranging from Super Sprint to Olympic Plus, this is the event for novices and elites alike.

If you fancy doing a triathlon as part of a group, then the team events are where you want to be. Starting at the ExCel Centre, the London Triathlon is a truly unique and exciting event to take part in.

There are 4 adult distances available: Super Sprint, Sprint, Olympic and Olympic Plus. You can enter as an individual in any of the distances or as part of a Team Relay in the Sprint and Olympic distance categories.

"The Hospice has had a major impact on our family. The nurses, doctors and all the team at the Hospice took such great care of my wife Lisa when she was on the ward in 2018.

"Lisa had a brain tumour and during the last few weeks of her life, the team were amazing and they made her feel comfortable and well." 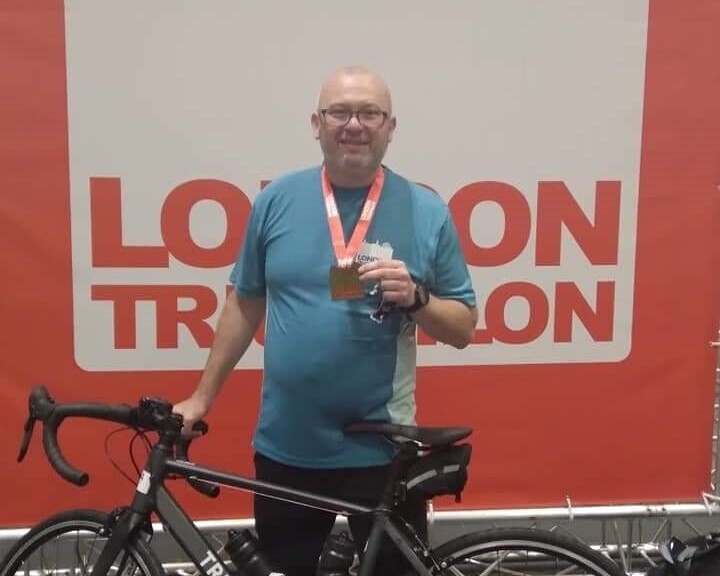 Your dedication is to our Hospice has

all Hospice services to keep running for one more hour

Dependent on your challenge. Click here to get the full cost breakdown.

We are encouraging you to pledge to raise a minimum of £200 in sponsorship. Your donations and sponsorship therefore keep the hospice running and enables us to provide support that the community so desperately needs.

Cycling from London to Paris is one of the great cycle experiences in Europe. After passing through picturesque English countryside, we cross the Channel at Dover and continue through the small villages and medieval market towns of Northern France.

Take on one of the best triathlons in the UK race calendar.

Take on the ultimate hiking challenge - reach all three of Yorkshire's highest peaks in just one day!

Are you after a hair-raising, adrenaline-fuelled challenge? Why not push the boundaries and take to the skies to support your local Hospice?