Home > For Patients & Professionals > about saint francis hospice > News > Siddiqa Mubashar and Zakat: one of the Five Pillars of Islam

Siddiqa Mubashar and Zakat: one of the Five Pillars of Islam

While the coronavirus pandemic has changed the way Saint Francis Hospice's nurses work, their care remains just as personable, as the Mubashar family recently discovered. 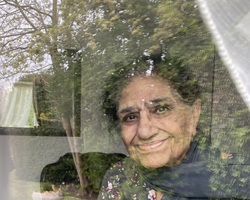 Siddiqa Mubashar emigrated from Pakistan to the UK in 1968 with a master's degree in Urdu — her native language. She was a firm believer in Zakat: an obligation to give to charity.

Siddiqa was determined to help others and overcome the many obstacles an Asian woman in the UK would face. One of the ways she empowered the Asian community was through education.

"Mum wanted to ensure students had a chance to flourish in a subject they were familiar with," recalled Siddiqa's daughter, Rabia. "She knew that learning Urdu would give them a chance to do just that."

Siddiqa was one of the pioneers in introducing Urdu as a recognised modern language that could be taught in British schools. The problem was: there were few resources on the subject. In response, Siddiqa wrote three books — which are still in existence today. She taught secondary school students for over 40 years in Rochdale, Newham, and Havering.

"Mum never allowed barriers to hinder her vision," Rabia recollected. "She was always doing voluntary and charity work. As a Pakistani family in England, it could be quite hostile at times. Mum wanted others to know that we're not 'strange' people and that we're all part of the same community."

Siddiqa played a pivotal role in the foundation of Havering's Asian Women's Association and Racial Equality Council. She also met the Queen, who awarded her with the Peace Commendation. Alongside these all-consuming roles was her most important: she was a mother to four children.

In 1994, Siddiqa was diagnosed with breast cancer. Just six weeks after major surgery, she returned to work. Twenty-six years later, the breast cancer returned, and more surgery followed. When the cancer spread to Siddiqa's lungs and bones, she was given just two years to live.

"As soon as Mum received her prognosis, she started to write her life story," Rabia explained. "She had such a lust for life and wanted to keep going. Even though she'd lost mobility and became poorly and frail, Mum never complained or lost hope. She was a real fighter. Nothing phased her, and she wanted to comfort her children rather than seeking comfort from us."

As it was her wish to die at home, our Hospice stepped in to support Siddiqa and her family.

"We were drained, tired and emotional," Rabia said.

"The Hospice did a very sweet thing and gave us aromatherapy creams. We would rub them into Mum's feet to help make her feel comfortable when there was no other medication left to try. It gave us a purpose, and we were able to show our love for her in this small way. The phone support we received at the height of COVID was invaluable. The nurses were professional, calm, and so knowledgable."

During the lockdown, Siddiqa had to isolate.

"Mum couldn't see her children and grandchildren, so I think she decided to let go," Rabia revealed. "The Hospice is kind, loving, and made us feel that we weren't alone. I can't imagine where we would have been without their help. Mum was our everything, and our lives will never be the same without her."

Rabia and her family have since raised thousands of pounds in Siddiqa's memory through a JustGiving page.

"It was the greatest privilege to care for her at home," Rabia said. "Mum passed away, knowing she was surrounded by her children and grandchildren with prayers, love, and so much respect. We could honour Mum's wishes thanks to the incredible support and dedication of Saint Francis Hospice. We are eternally grateful."

The coronavirus pandemic has resulted in a devastating loss of funds for our Hospice. The need to find £23,000 a day in voluntary income is now more critical than ever.

You can do you bit to ensure our Hospice is always there for people just like Siddiqa by supporting our Urgent Appeal — for as little as £3 a month. You can find out how you can make a difference here. 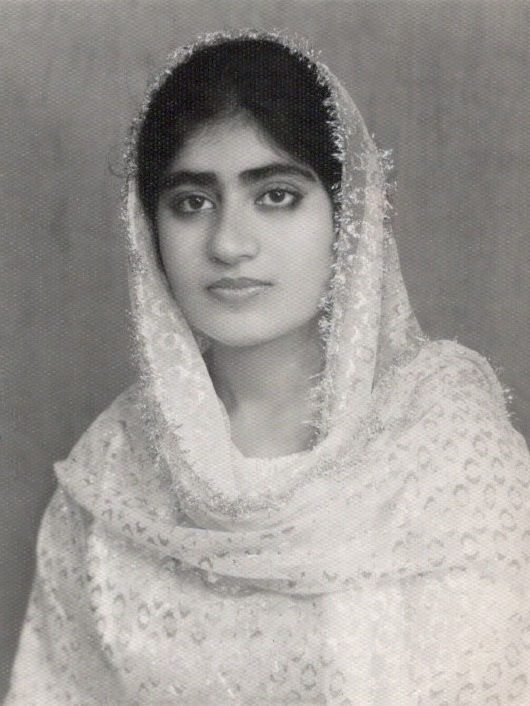