Our Board of Trustees comprises 11 individuals who oversee the clinical and corporate governance of Saint Francis Hospice. Their role is fulfilled through a number of committees, which meet quarterly and are updated on work done to maintain, improve and evidence the high quality service provided to our patients, their carers, our supporters, volunteers and staff. The Board also carries out a half yearly informal inspection, speaking to patients, relatives, staff and volunteers.

Peter is an actuary by profession and spent most of his professional career advising company directors and pension fund trustees on the financing of pension and other employee benefits. Peter is a retired partner in the business advisory firm KPMG where his work also included identifying practical solutions to problems involving financial risk, facilitating strategic decisions and implementing change. He also has experience of managing businesses with income and expenditure similar to that of Saint Francis Hospice.

Paul Gwinn, now retired, was Deputy Managing Director and Publisher for Greater London & Essex Newspapers for 30 years then Senior Sales & Marketing Manager with Scottish & Newcastle for 10 years. Paul has been a Magistrate for 10 years and sits at Romford, Barkingside and Waltham Forest Courts and Snaresbrook Crown Court. He is a Director of Dagenham & Redbridge Football Club. He has been involved with Saint Francis Hospice for some six years as a member of the Ball Committee and has organised the Santathon fun run since its inception.

Peter is the retired Head of Technical & Operational Services for the London Borough of Barking and Dagenham. He qualified as a Structural Engineer in 1972 (C.ENG, M.I. Struct.E) and qualified as a Manger in 1986 (M.IMgt). 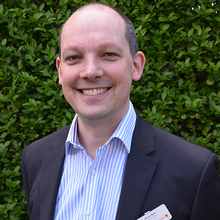 Peter Batt
Trustee since 2015
Peter Batt brings to the Board a wealth of retail experience. He is currently the Divisional Managing Director for the Co-operative group's South area, covering 900 stores in southern England. This new role followed a long period as Regional Director for Sainsbury's where he was responsible for the development of Sainbury's Local shops.
Peter applied for the role following the death of a friend shortly after his 40th birthday, an experience he described as 'life-changing' and a key influence in deciding to give something back his local community. Peter hopes he can provide valuable support to the hospice's retail arm.

Ian Gunn
Trustee since 2019 and Hospice Treasurer since January 2020.
Ian spent 36 years working for Ford Credit Europe, a regulated bank and a subsidiary of Ford Motor Company. He was Regional Director of the bank with responsibility for the Sales and Marketing, Operations, Finance and Risk Management of several branches and subsidiaries, firstly in Western Europe and then subsequently in Eastern Europe.  He has also been a Trustee of the Ford Senior Pension fund .
Ian is married with three grown up children. He is Chairman of the local tennis club and his other interests include walking, golf, skiing and watching West Ham United.

Amanda Hallums
Amanda is a registered nurse and midwife. She undertook her nursing and midwifery training at the London Hospital. Amanda has an extensive career in clinical practice, education and management. She has held executive director of nursing roles in both the NHS and independent sector. She lives in Woodford Green, and has a son and three dogs. Her hobbies include music, going to concerts, football - she's a West Ham United fan - and lots of walking. Currently Amanda is working as an interim hospital director, her role involves going into Trusts with specific problems and helping them to get back on track from an operational perspective. Amanda has been a trustee at Havens House Children's Hospice for four years and as a result of her experience there, she was keen to become involved in an adult hospice.

Linda Huggett
Linda was born in Pembroke Wales. Her mother was a nurse and her father was in the RAF. Her parents then moved back to Redbridge and settled in South Woodford when she was 6 months old where she was educated.

Linda later went to Drama School and then began to study law at Guildford College of Law and trained at the Queens Solicitors Farrer & Co. She qualified as a solicitor in 1998. At the same time she was elected as a local authority councillor in Redbridge. Since then she has served as a councillor for the Monkhams Ward. Linda has also served as Deputy Leader of Redbridge council and as deputy Mayor. She is currently the first female leader of the conservative group at Redbridge Council.

She is married to Brian and has two daughters Emma and Natalie and a 3 year-old grandson Oliver. She is passionate about helping others who are not able to care for themselves.

Linda became involved with our Hospice as we were one of her chosen charities when she was Mayor of Redbridge in 2017. Her charity fundraising helped fund two Redbridge Hospice at Home nurses and she wants to do her utmost to ensure that the service continues to grow and develop for everyone.

Malcolm Miller brings to the board over forty years healthcare experience from the private healthcare sector. He has held various executive positions in general management and finance with BUPA. He recently retired after twenty years as the Chief Executive Officer of London's foremost and largest independent hospital, The London Clinic on Harley Street, Marylebone. Malcolm is also a fellow of the Royal Society of Medicine.

Dr. Robert Weatherstone MA FRCP
Bob qualified in medicine from Cambridge University and Guys Hospital in 1970. After working in training posts in Cardiff and London, he was appointed to the post of Consultant general physician with a special interest in respiratory disease to Barking, Havering and Brentwood Health Authority in 1979. In this year he was also awarded Fellowship of the Royal College of Physicians. Now retired from NHS practice, Bob has been involved with the development of the hospice as a Council member for over 20 years. He was Chairman between 2009 and 2018, and we're delighted he is staying on as a Trustee.

In his spare time he enjoys running, having taken part in six marathons, football, being a season ticket holder at West Ham United, and spending time with his wife and children, Helen, Isabelle and Thomas.

Colin became involved with the Hospice following the death of his mother in 2015 following a long battle with breast cancer, where he was able to experience first-hand the amazing work and support network provided by Saint Francis Hospice, not only to his mother, but also his father at what an extremely difficult time for the family.

Trustee since August 2020 and previously Governance Committee Advisor.  Ranjita continues to volunteer on the Hospice ward, giving her an insight into the hospice both operationally and strategically.

Ranjita has held various analytical and informatics lead positions in the NHS for the last 16 years-currently as Associate Director of IT Applications Support and Performance and Informatics at Moorfields Eye Hospital. She has previous experience in the Civil Service, Insurance and Credit Rating industries and is currently a Board member of the London Informatics Skills Development Network.

In her spare time she enjoys singing and compering shows and has performed on stage many times. She lives in Upminster Bridge with her husband, an accountant. Her son is at university studying Economics.

The hospice offers Ranjita an enjoyable and valuable opportunity to support the local community.