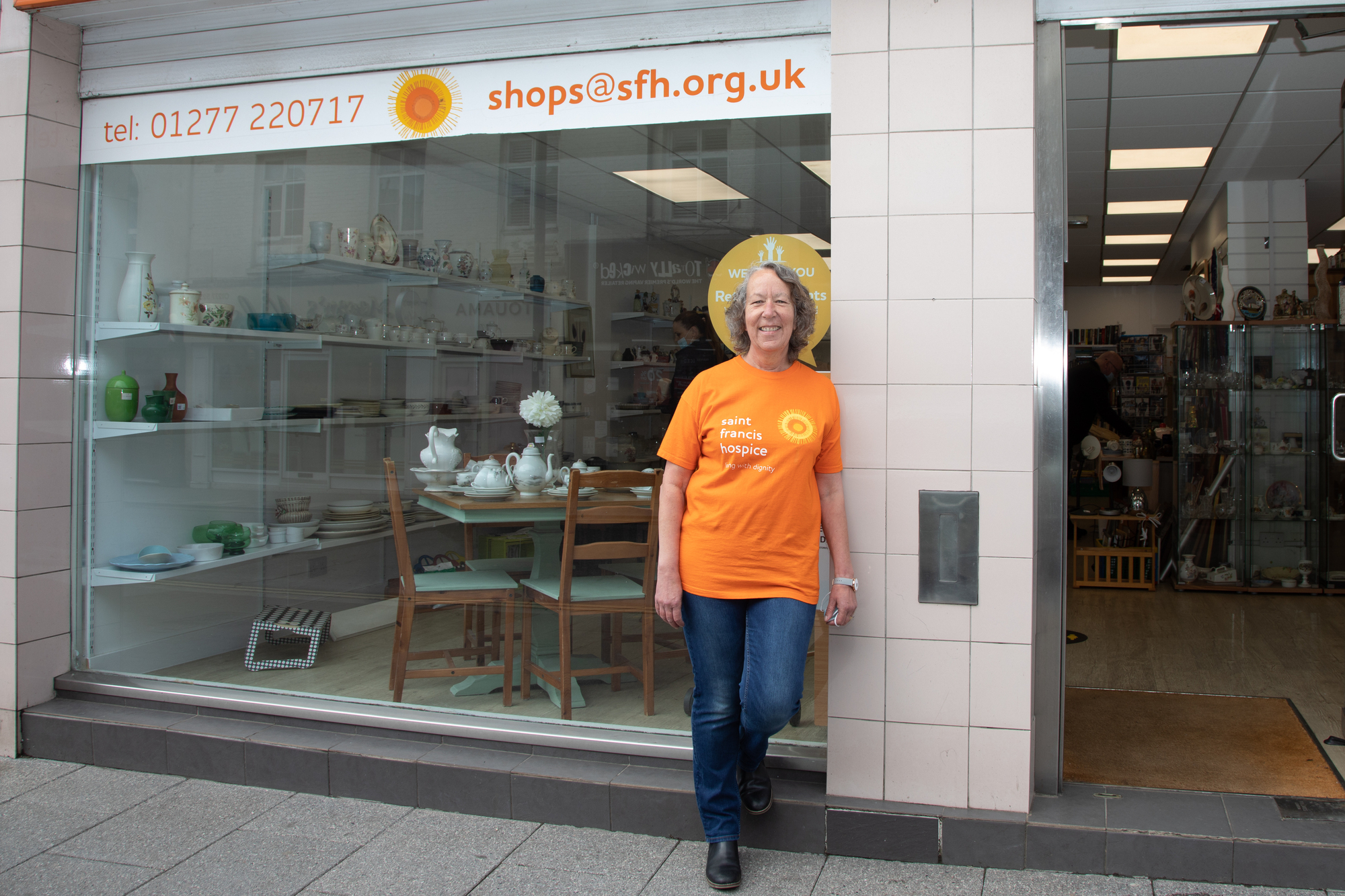 Our charity shops are full of exciting surprises but when Louise Milton-White decided to volunteer at our Brentwood store, she had no idea that she'd find love, friendship and happiness.

Louise gave up her 38 year career as a criminal lawyer to care for her husband Darren as he battled bile duct cancer. 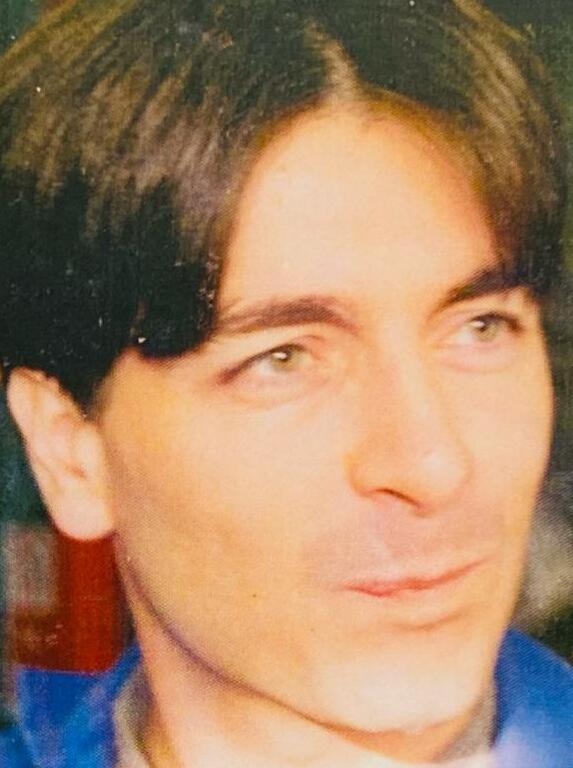 Darren had been under the care of the experienced teams at Saint Francis Hospice and had spent six weeks on the ward in 2016 to help manage his pain and symptoms and during his final stay on the ward in August 2017, Louise was able to spend precious time with him.

"He had major surgery to remove half his liver which was unsuccessful. He then had extensive chemotherapy and selective internal radiation therapy until he eventually succumbed. He asked to spend his final days in the Hospice.

Becoming part of the Hospice family 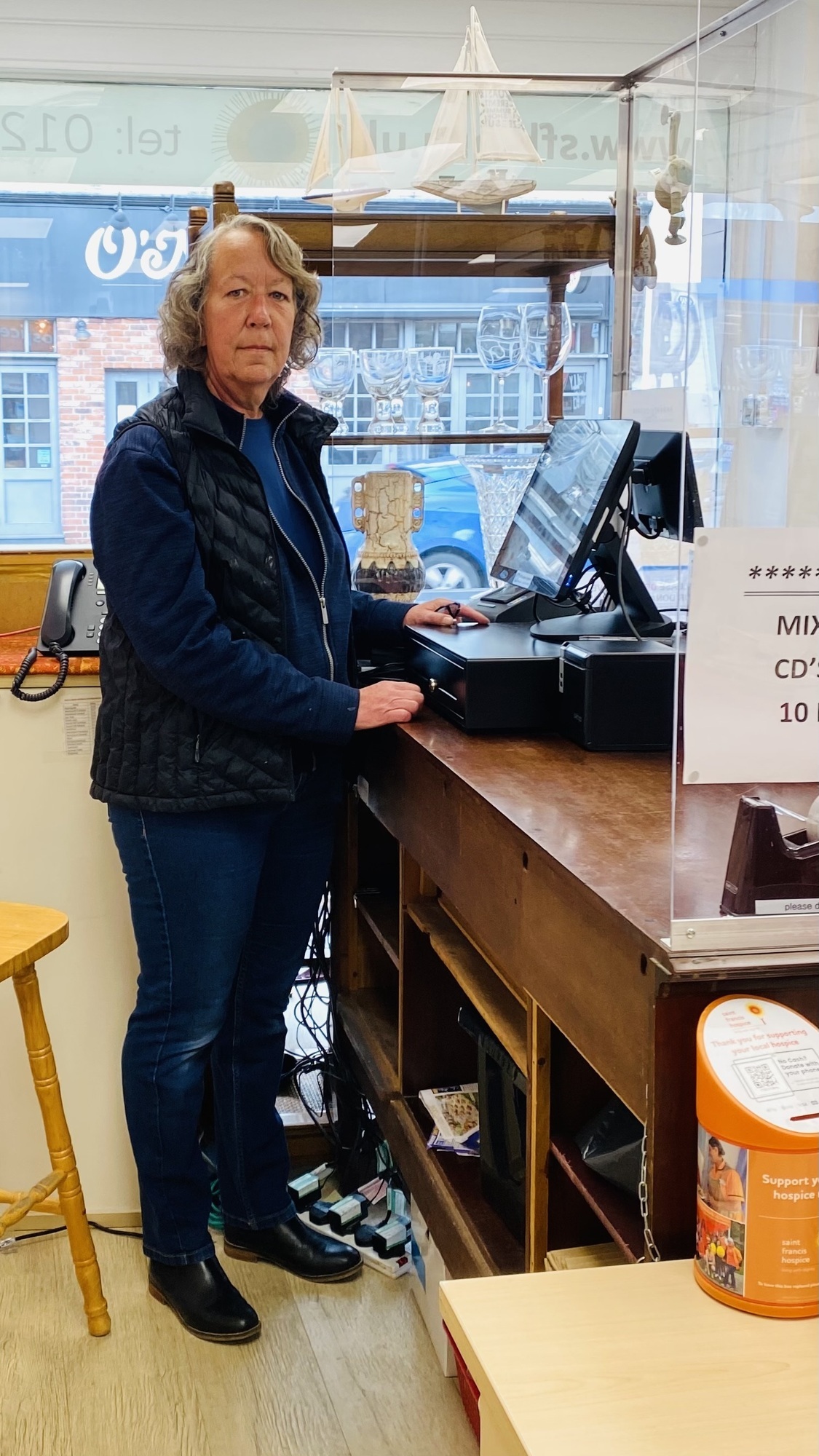 Louise in the Brentwood store

"As soon as the Hospice became involved, we were made to feel as if we were part of the family - there was so love and support around us.

"The 24-hour advice line really became a lifeline too. It was such a scary time and I would not have been able to care for Darren at home for as long as I did without the support of the nurses.

"They really were amazing and it helped me to feel confident that I was doing everything I could for Darren and I knew I could always ring up and speak to someone if there was a problem or if I was worried about anything."

Darren was just 49 when he died. The couple had been married for 22 years and his death had a devastating impact on Louise.

She was still coming to terms with her loss when, with the support of her GP, she went into the charity's Brentwood shop to enquire about volunteering.

"I'm a bit of a snob and this was the first time I'd been into a charity shop," said Louise. "But I felt the time was right to give something back to the Hospice.

"I was put on the till and I loved volunteering in the shop straight-away. I thought it was wonderful how people wanted to support the Hospice so much that they wanted to make donations and buy preloved clothing and goods.

"All the ladies I volunteer with are now my friends and we now meet up and socialise outside of the shop too."

The following year, the shop manager noticed Louise was struggling emotionally and encouraged her to book a holiday as the travel agent was next to the shop - and it was while she was on her break to Lanzarote that she met her new partner Eddy, who is from Holland.

"I am a people person and I know Darren would not have wanted me to be on my own," said Louise.

"Eddy is such a wonderful kind man and even he has been helping at the shop too." 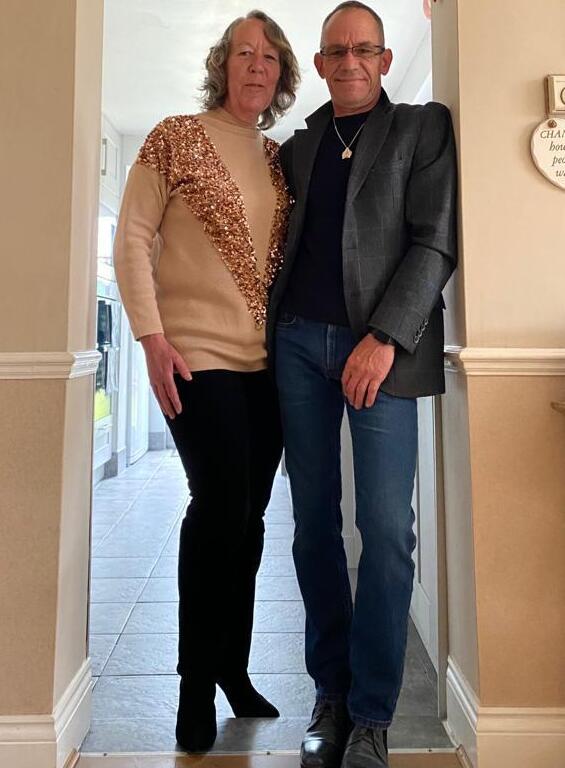 'Volunteering is an important part of my life'

Volunteering has become an important part of Louise's life and now the lockdown restrictions have eased, she's thrilled to be back doing what she loves best.

"I am so passionate about raising money for the Hospice," said Louise. "I still get excited when we meet our targets and it makes my day when I price something up and it sells."

Louise's experience of Hospice care has also made her want to leave a lasting legacy and this is why she has chosen to leave a gift in her will so more people and families like her and Darren can benefit from the experienced care and love they received when they needed it the most.

"The Hospice provides such a valuable service but it needs to raise so much money every year to be able to do so," said Louise.

"I don't have any children but I want to do whatever I can to help other people and families get the care and support they may need, just like we did." 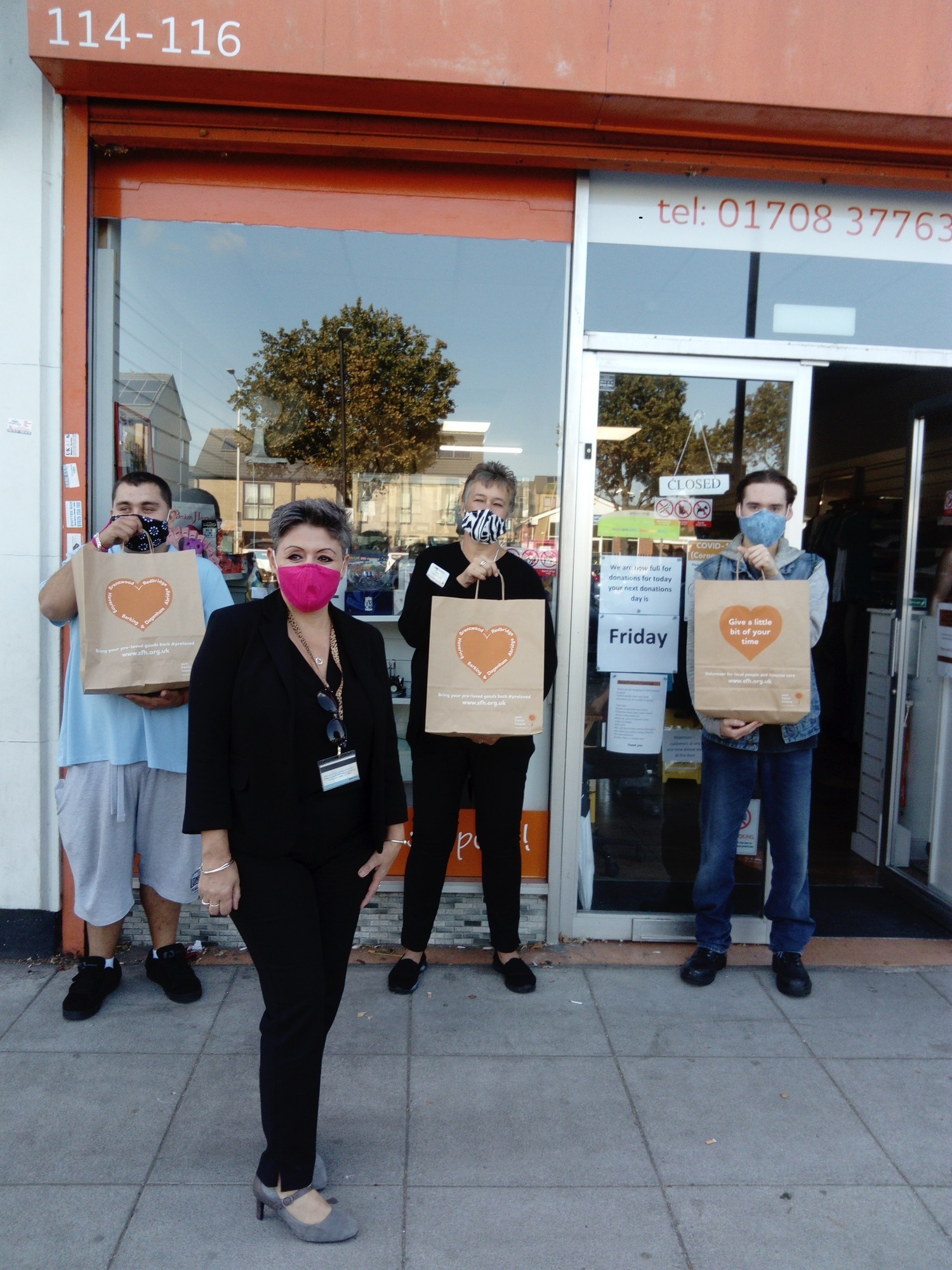 Michelle Nicholls, Director or Retail and Trading
Our shops and shoppers are back!
Read this article -> 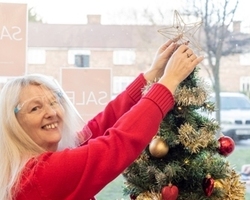