Council worker to run for Dad!

James Plumer is a determined man who never gave up on his dream to run the London Marathon!
Anita McCarthy 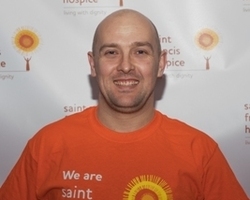 And after his fifth year entering the ballot, he has finally secured a place in the iconic event.

"I got a ballot place this year for the first time and so this will be my first marathon," said James, 37. 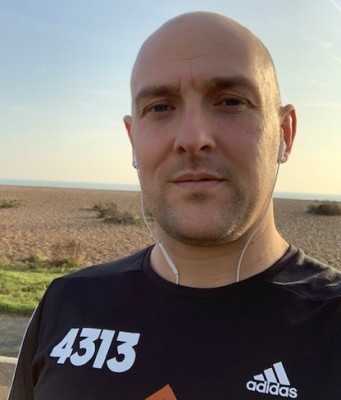 "I started applying for the marathon long before I started running so it's probably best I didn't get in before now.

"I've been running for approximately two years since my sister convinced me to attend a Parkrun in Romford."

And James will be fundraising for the Hospice along the way because of the specialist care it gave his Dad Terry Plumer before he sadly lost his two-year battle with cancer in 2015.

"My Dad received fantastic care from the Hospice throughout his illness and of course when he eventually passed," said James, a Housing Officer at Havering Council.

So far James has completed a number of 10k runs and in February he took part in the Queen Elizabeth Olympic Park Half Marathon so he's in good shape and says he's feeling stronger after each run!

"My motivation is to ensure I put on a good display on Sunday, 28 April as I know a lot of my friends and family will be in attendance and cheering me on," said James.

"I'm very excited for the day.

"A lot of people who've completed the marathon have told me it's one of the best days of your life and I can't wait to experience it.

"I've set myself a provisional target time of 4:20:00 although if my training continues as it has, I may revise that downwards."

James has already reached half of his fundraising target! Help him smash it by visiting