For Geoff and Linda 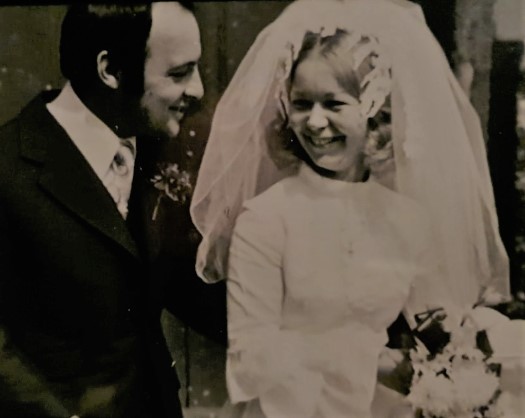 The doctor didn't find any need for concern; Geoff had been living with chronic obstructive pulmonary disease for five years but was getting by. Further tests revealed something more severe than an obstructive lung disease: Geoff had terminal lung cancer that had spread to his pelvic bone.

Geoff's first question was to ask how long he had left to live with and without chemotherapy. The answers were two years with treatment and two months without. The consultant warned Geoff that because of his existing condition, his body might not be strong enough to withstand chemotherapy. It was a risk Geoff was willing to take.

"Okay; let's do it," Geoff said to the consultant as he wished to prolong his life for as long as possible.

Just one day after he began chemotherapy, Geoff's health took a rapid turn for the worst. He began to rely on his son and daughter to carry him around the house. Saint Francis Hospice stepped in to care for Geoff at his home. Our Hospice at Home nurses broke the news to Louise and Martyn that their dad didn't have long left to live.

As our nurses rolled Geoff over to bathe him, his breathing changed. "That frightened the life out of me," Louise recollected. "Yet the Hospice at Home nurses calmed me down by explaining everything that was happening, and what was going to happen to Dad."

Geoff looked up at Louise and Martyn and managed to muster a smile as he passed away. Sadly, Geoff didn't make his prognosis of two years and died three weeks after he began treatment. He was 71.

Geoff's wife and Louise and Martyn's mum, Linda, became determined to do her bit for our Hospice.

"I have so much love for Saint Francis Hospice and how they cared for your dad," she told her children. "I will never be able to repay them for all they did, but I will start by volunteering."

"After Dad died, volunteering gave Mum a purpose," Martyn remembered. "She met so many amazing friends."

Linda Stanley brought joy to our furniture store in Hornchurch for five years before she began to realise that something wasn't right with her body. Her back and ribs started to ache as she struggled to get a good night's sleep.

Linda was already living with chronic obstructive pulmonary disease as Geoff had but hid her condition from Louise and Martyn. She didn't want them to worry about her. Linda's GP prescribed antibiotics for a chest infection, but the pain wouldn't go away.

After several trips to the doctors, a scan revealed a large mass on Linda's lung. The same consultant that Geoff had been to see suspected that Linda had a second condition in common with her husband.

"What do you think is wrong with you?" the consultant asked Linda. "Lung cancer," she fretted. "I think so too," came the consultant's reply.

Louise and Martyn were in disbelief that this was happening again. As Linda waited for the results of a biopsy, her health deteriorated within a week. After falling down the stairs at her home, Linda became wheelchair and bedbound.

"Mum would have accepted chemotherapy like Dad, but the tests went on for so long," Martyn recalled. "By the time we knew what we were dealing with, it was too late."

The cancer had reached Linda's liver and brain.

"Maybe we were a little naive with Dad," Martyn admitted. "We always held out hope for him. With Mum, we started grieving when she was still alive. Dad wasn't a well man when he was diagnosed, but he wasn't an ill man either, whereas Mum's diagnosis was a complete shock."

Our Hospice at Home team came back to Geoff and Linda's home. Louise and Martyn knew their mum didn't have long left. They hoped that when the time came, she would be surrounded by our nurses.

"What we loved about Hospice at Home care is that they are always there for you," Martyn explained.

"Words cannot describe how important they were in relieving the stress we were carrying. They weren't just there for Mum and Dad, but the whole family. Nothing was ever too much trouble for them, and they treated Mum and Dad with so much dignity."

After Linda passed away, our nurses dressed her in fresh pyjamas and rested a flower on her pillow. She was also 71.

"Mum loved life and would light up the room," beamed Martyn. "She was one of the kindest ladies you could ever meet."

Over 500 people attended Linda and Geoff's funerals. They are now together again at Upminster Cemetery.

"Don't be scared of someone passing away at home under the Hospice's care," Martyn advised.

"Your parents won't hurt you in death. Say everything you want to say even if they are unconscious. Don't hold anything back; you'll never get that chance again. You only lose two biological parents, and we've been fortunate that the Hospice was there for us on both occasions."

"The nurses became part of our family very quickly", Louise revealed. "They were the calming voice of reason and angels in our home. We couldn't have done it without them."

People often ask Louise and Martyn how they coped with losing two parents, to the same illness, at the same age, and only years apart.

"Saint Francis Hospice," they will say.

Our Hospice at Home care will always be free to receive, but it's not cheap to provide. By sponsoring one of our nurses, you can do something truly amazing for people just like Geoff and Linda. To find out how you can help fund the invaluable care we provide, please visit www.sfh.org.uk/sponsor-a-nurse, call 01708 723593, or email fundraising@sfh.org.uk 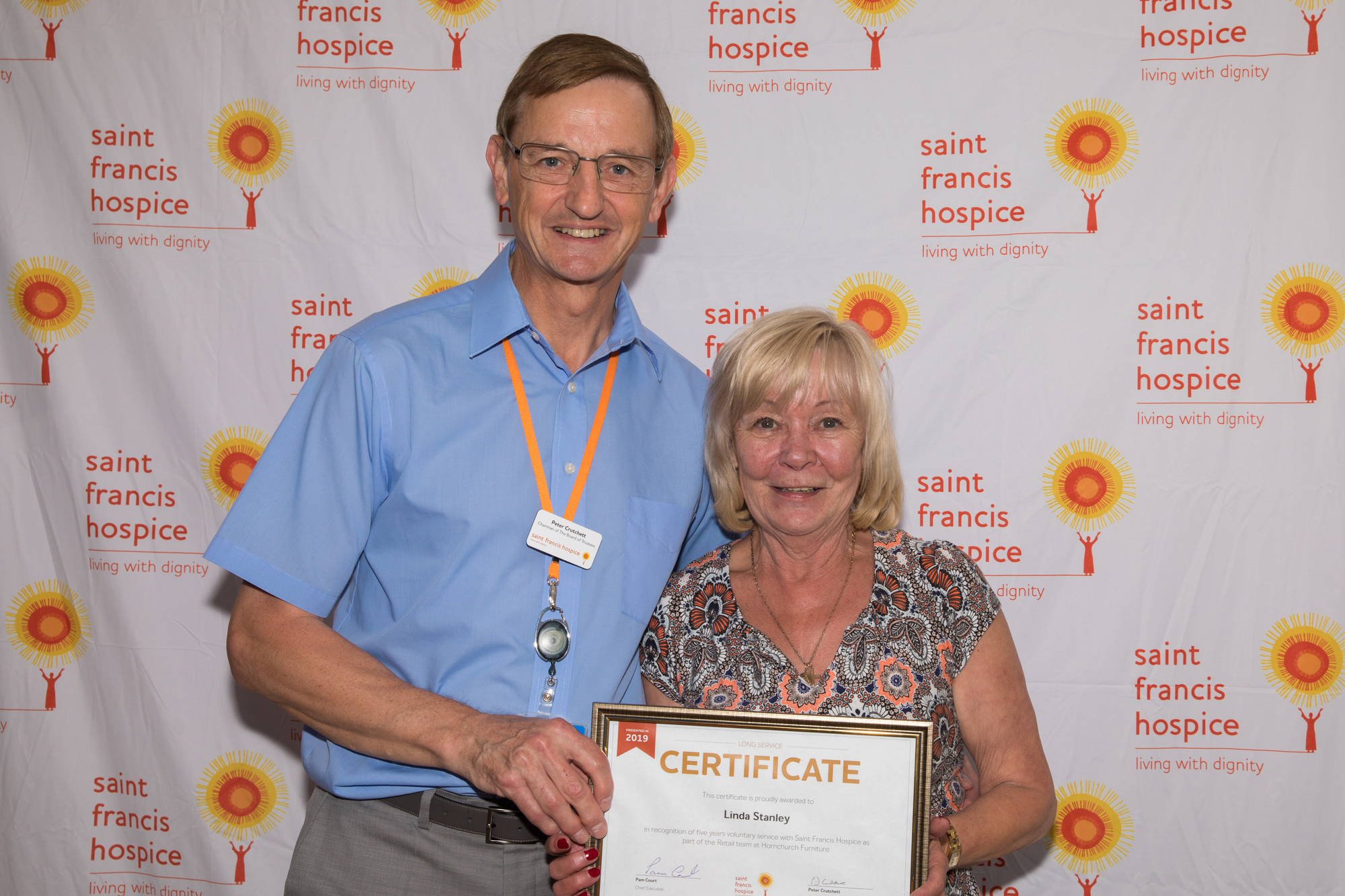 Five years of service: Linda with our Chairman, Peter Crutchett 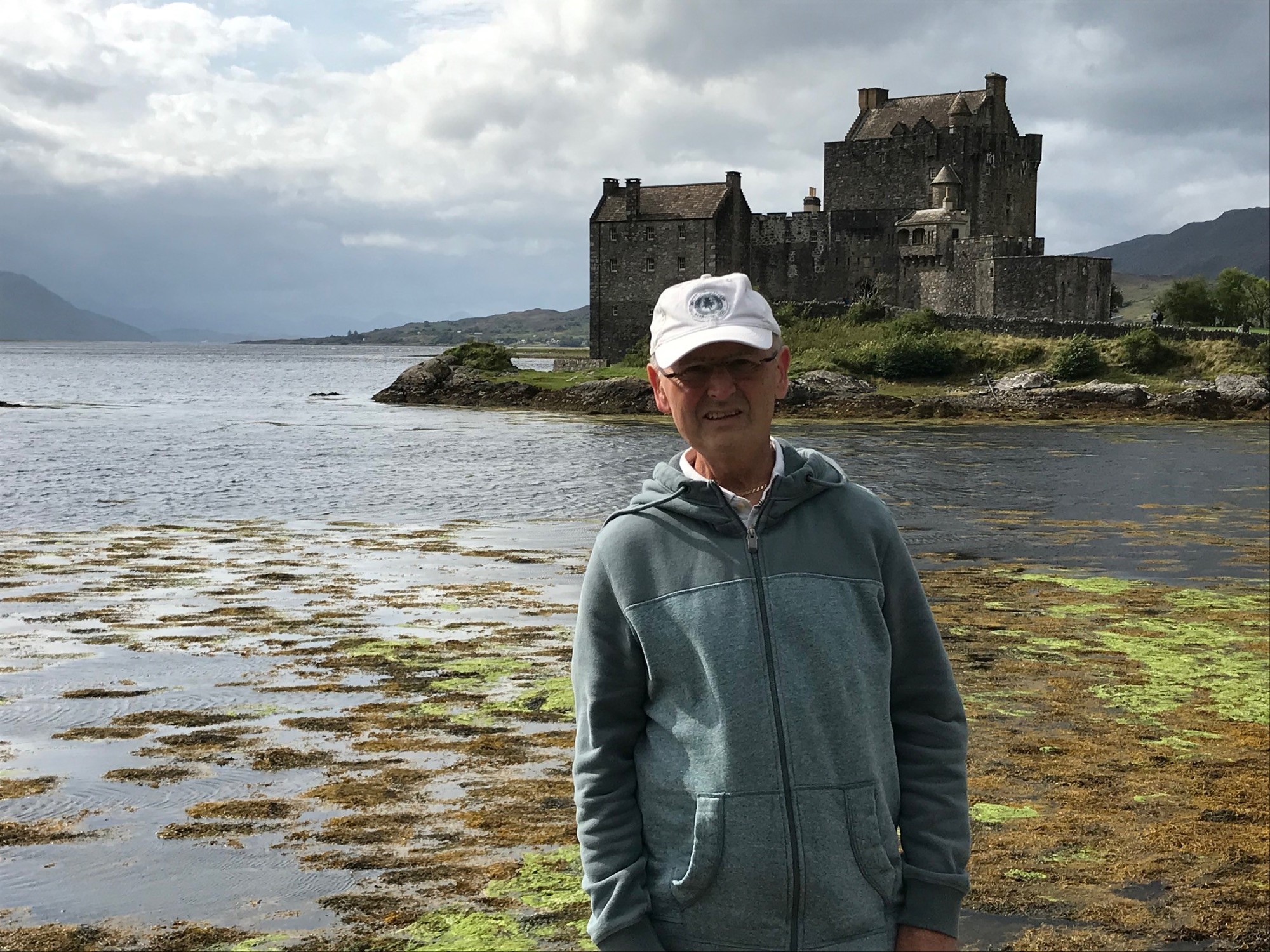 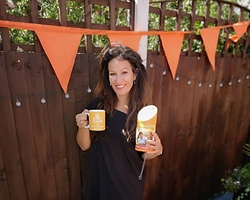 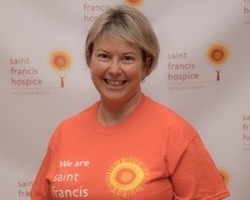