An appeal for Linda and Pete

When Peter Yallop's GP suggested that Saint Francis Hospice could help him, just the word 'Hospice' was enough to fill his wife, Linda, with dread. 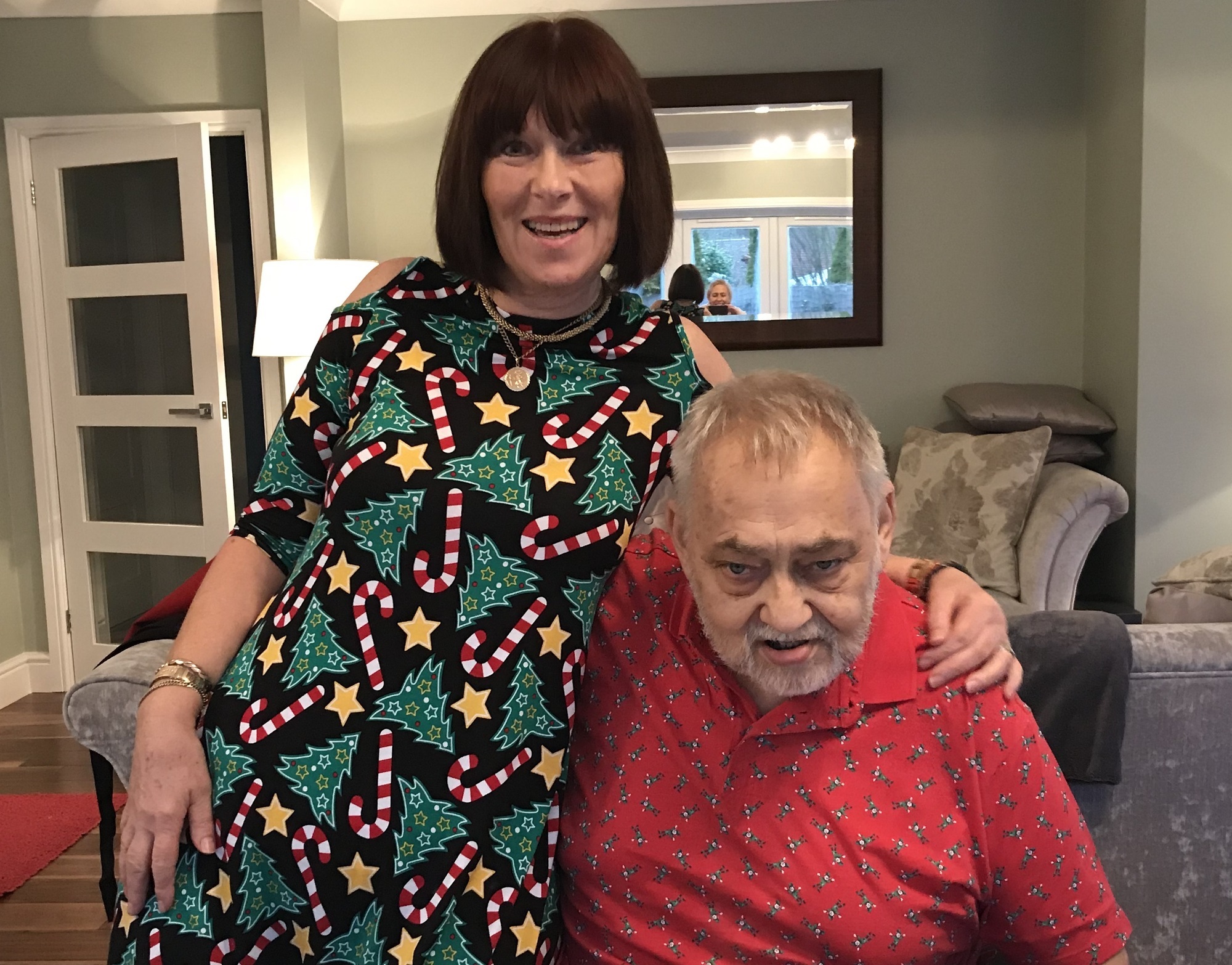 "I thought that it must be the end," Linda remembered.

Little did the couple know that our Hospice would bring joy, new friends, and ease mental health challenges that seemed insurmountable. Pete is one of the 33.5% of our patients who get to return home once we have their pain under control.

"When I tell people that we're going to the Hospice, they make the same incorrect assumptions as I did," Linda explained. "But Saint Francis Hospice can often mean that it's far from the end."

As an ex-bricklayer on the not so safety conscious building sites of the 1970s, Pete was used to bumps and bruises. What anyone couldn't work out was why his wounds wouldn't heal like other people's. After he accidentally cut himself on a piece of scrap metal, his leg swelled up to double its size.

"Pete went on sick leave, and his health gradually deteriorated," recalled Linda. "That was his working career finished."

Surgeons performed four amputations as they tried to save Pete's limb, but were baffled as to why Pete's leg would not heal. Pete was living with pyoderma gangrenosum — a rare skin condition that affected its healing time — which went undiagnosed for 20 years.

The disease led to a range of health problems for Pete. The current list is over 20 conditions long — including epilepsy and being partially sighted. As a wheelchair user, Pete has arthritis all over his body. He has undergone more than 60 operations — sometimes spending 10 months of the year in hospital.

Linda admitted that being Pete's carer for over 40 years had taken its toll on her mental health. As well as our doctors and nurses managing Pete's pain, Briony Townshend from our Family Support team has been supporting Linda — psychologically.

"I always found it difficult to discuss my feelings with my friends and family. I feared I'd become a burden on them," Linda revealed. "Therapy with Briony helps me immensely. Talking to someone who I can be open with and trust means so much. Before we discovered Saint Francis Hospice, I felt like we had been discarded."

Carers would visit to assist with Pete's needs — giving Linda a mere three hours of free time every week.

"That wasn't even enough time to get to the supermarket and back," Linda explained. "I was emotionally and physically drained; the pressure became too much for me."

Thanks to Briony advocating for an increase in carers' support, Linda's three-hour window became fourteen. She now has time for daily errands, meeting friends and family, and catching up on her sleep too. The UK lockdown means Linda and Pete are unable to leave their house, but we're still supporting the couple over the phone until face to face service can resume.

"The Hospice has lifted me out of a very dark place. Without them, I don't know where I would be," Linda declared.

Pete and Linda need your help more than ever before. You can do your bit in ensuring our Hospice will always there for them by supporting our COVID-19 Urgent Appeal. You can find out more here.