Home > For Patients & Professionals > about saint francis hospice > News > Why the London Marathon is the biggest sporting carnival there is!

Why the London Marathon is the biggest sporting carnival there is!

Ben Whateley-Harris has run six marathons and three ultra-marathons so when he says he isn’t a “good runner” we know he is being modest but he is also making an important point. 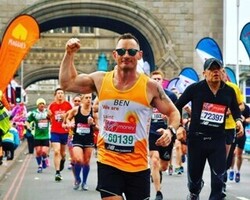 Ben Whateley-Harris has run six marathons and three ultra-marathons so when he says he isn’t a “good runner” we know he is being modest but he is also making an important point.

The secret to completing the 26.2-mile challenge isn’t about being a talented athlete, it’s about determination or “stubbornness” as Ben calls it.

“I think everyone has one London Marathon in them,” said Ben.

“I am not actually a good runner, I am just very stubborn.

“It does not matter how good you think you are, you’ll be tearing along and someone aged around 80 or in fancy dress will overtake you.” 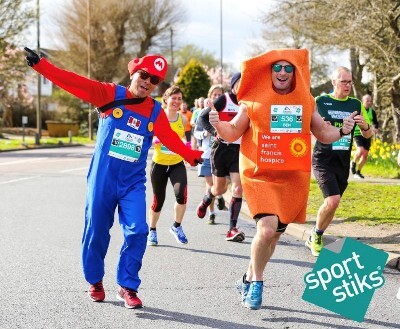 Ben, who is a member of Brentwood Running Club, has been combining his love of fitness with fundraising for Saint Francis Hospice for many years and this year’s London Marathon is his latest effort!

“It’s always important to support charities close to your heart, whatever the current situation,” said Ben.

“The pandemic has thrown up just how important fundraising and individual and team efforts are.

“I am a firm believer that the best thing you can ever donate is your time - it’s the only thing you can give but not receive back.”

Now 38, Ben was just 15 when his dad Robin was cared for by the hospice before he died. And while it was an incredibly tough time for Ben and his family, the love, kindness, and support they received has had a lasting impact on Ben.

“That’s why, no matter what, I will always make time for Saint Francis Hospice - after all, many years ago, the charity helped my dad and I will never forget that.” 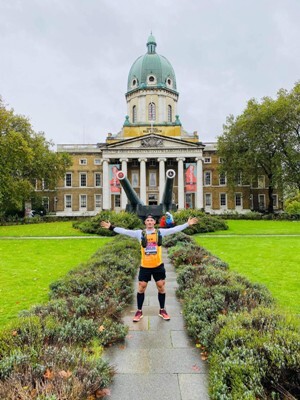 The Thurrock firefighter was in training for the 2020 London Marathon in April when the Covid-19 pandemic hit.

Having now completed the London Marathon four times, you may wonder if it ever loses its appeal, but Ben insists the iconic event will never lose its magic.

“The London Marathon is the biggest sporting carnival there is,” said Ben.

“You can go and run the London Marathon and get the best time ever or you can just go and enjoy the day, taking in the crowds and the atmosphere.

“In 2019 I really went for it and I wanted to get a time and now I have done it, I don’t know whether to do it for fun or go for a time. Either way, I’m going to enjoy it. 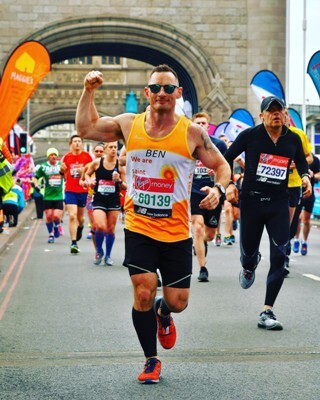 With fitness a way of life for Ben, it’s not surprising to hear his training is on track.

“To be honest, I never stopped training,” said Ben.

“I need to up my distances for the marathon as I am only really running half marathon distances at the moment but fitness-wise, I haven’t stopped - I’m not one for rest days.

“My theory is train for whatever tomorrow throws at you and be fit for every eventuality.”

Check out our challenge events for 2021 and see how you could push yourself to the limit for your local hospice!