Claire Morris admits that the lockdown has been tough on her family, with the added sorrow of losing her beloved grandad. A much-needed lift came in the form of a £1,000 win on the Saint Francis Hospice Lottery. 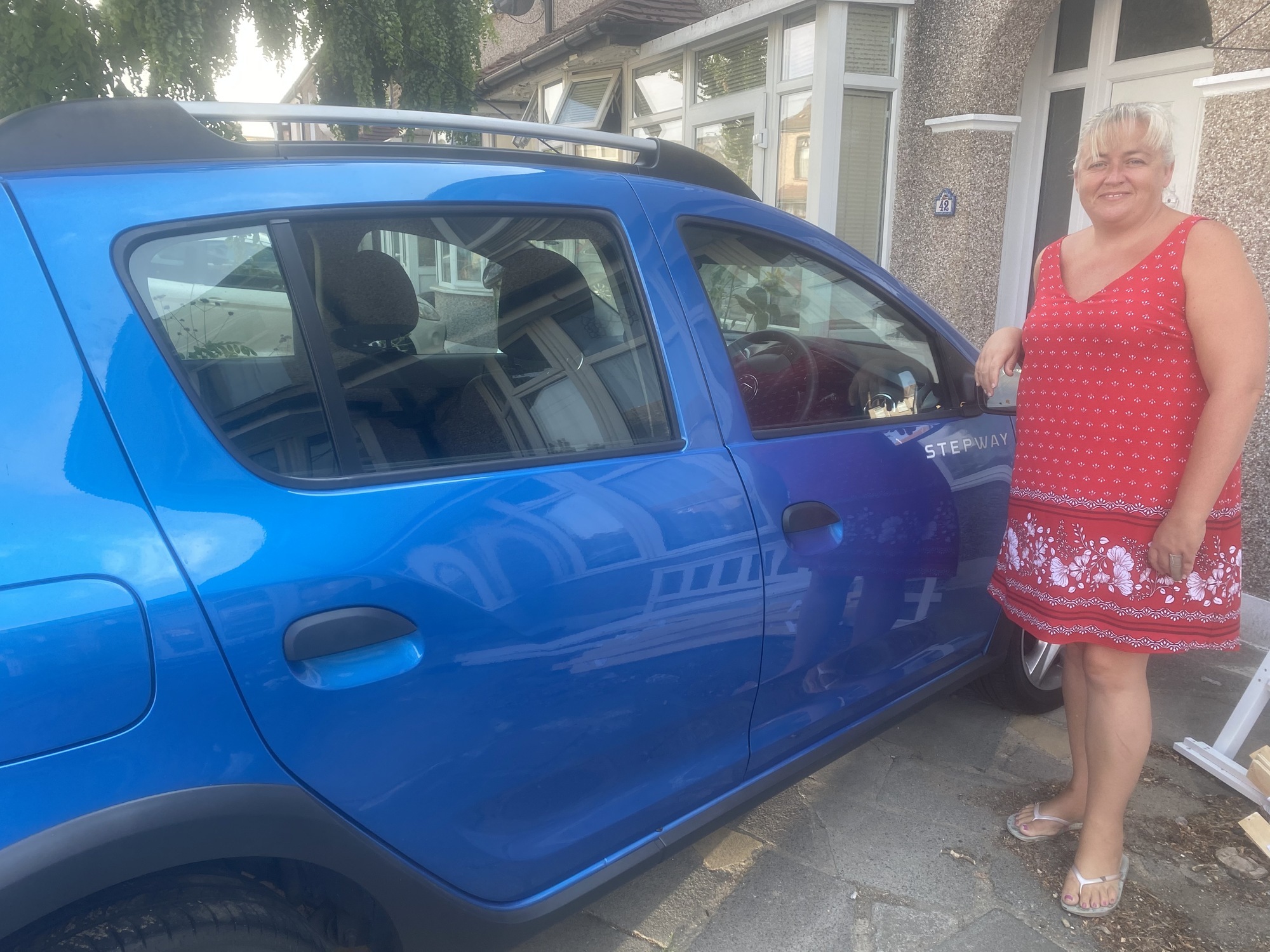 Claire's grandad, Albert Robinson, had his heart set on spending his final moments on our ward. The 98-year-old was living with diabetes and kidney failure.

"He wanted to enjoy the peace and happiness of the Hospice before he passed," Claire recalled.

Sadly, Albert never made it to us and passed away in June. Yet, Claire's connection with our Hospice began long before the outbreak of COVID-19: during the summer of 2010.

Claire and her husband, Stephen, had just returned from a holiday in Tunisia. Stephen had a cold that he couldn't shake off. Suspecting that he'd picked up a bug on the plane, tests revealed something far more severe: lung cancer. He was just 40 years old. Stephen underwent gruelling six-hour surgery to remove one of his lungs.

"For the next two years, we carried on living a healthy life and doing things that everyone else does," Claire remembered. "The doctors were hopeful, but Stephen's health suddenly deteriorated."

Our Hospice at Home nurses stepped in to care for Stephen at the couple's house in Rainham.

"They were absolutely brilliant," beamed Claire. "They would come day or night, and I could finally get some sleep. Just to have them sit with him meant so much to us."

It was Stephen's wish not to die at home, for the sake of their eight-year-old son, Jack.

One morning, Stephen woke up and said to Claire:

"I can't do this any longer; I can't fight it anymore."

Stephen decided that the time had come for him to become an inpatient on our ward.

"He was at peace with going to the Hospice," Claire recollected.

"I didn't know what to expect, but it was so lovely and spacious. We stayed overnight and were never under any pressure to leave. The care the nurses provided for Stephen was perfect — nothing was ever too much for them. Jack would go off to play while his Dad lay in bed. Everybody was with Stephen when he died, so I think he decided that it was the right time for him to leave us."

Stephen spent a final a peaceful 24 hours at our Hospice. He was 42.

If you'd like to be in with a chance of hitting the jackpot, while doing something incredible for people just like Stephen, you can sign up for our Lottery here — for less than £5 a month.

For more information on how our Hospice's Lottery works, please see our FAQs.