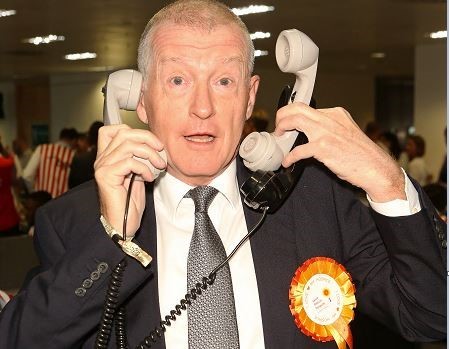 For many years, he's been giving up countless hours of his time to help us raise our Hospice's profile. Steve has inspired thousands of people to get involved in the quest to find the £8.5m a year to fund our specialist services.

"Before the coronavirus outbreak, a lot of sportspeople were viewed as heroes," Steve admitted, as he appealed for our Hospice to remain in people's thoughts.

"The pandemic has put that into perspective and made us realise who the real heroes are: our key workers. We're relying on them to be our saviours. If ever there was a realignment of what's important in life, then this is it. Our key workers do far more for our country than I ever offered as a sportsman."

In 1875, Sir Neville Chamberlain invented the game that Steve became famous for. Yet snooker lay dormant for the best part of 100 years and was just a hobby to whittle the time away for many.

As the snooker phenomenon exploded in the 1980s, Steve admitted that he was "in the right place at the right time." He shot to stardom and won every snooker tournament in sight. Steve became a staple fixture in living rooms across the country on a Saturday night.

He was known for his cool demeanour and impeccable conduct in high-pressure games. The problem was, some misconstrued his apparent lack of emotion as being unenthusiastic. Steve holding the World Championship trophy aloft so frequently during the '80s became poignant moments — partly because audiences would even boo him as he was introduced at the start of a match.

As a testament to how well-known Steve had become, London's Madame Tussauds created a wax double. Another '80s sensation, Spitting Image, depicted him in the guise of a rubber-skinned puppet with the ironic nickname: Steve 'Interesting' Davis.

"Spitting Image was quite savage towards politicians around the world, so they let me off lightly!" Steve fondly remembered.

"I was flattered to be among all those huge, global names. It actually helped endear me to the public. People in the street started calling out: "Oi, Interesting! How you doin', mate?" It became an overnight nickname that suddenly released all the pressure."

Steve has enjoyed playing upon this image over the years, yet everyone at our Hospice can safely confirm that it’s just a facade. Steve has the biggest heart and is definitely an incredibly interesting chap.

"The world has changed, and it might be easy for our Hospice to be forgotten about as everyone focuses on the NHS," he said. "Yet we need your help, too. No matter how much or little you can donate or raise, it shows that you care and are doing something incredible for people who really need it."

That amount can be as little as £3 a month to sponsor one of our nurses. They are working tirelessly to stop the spread of COVID-19 while continuing to deliver end of life care with respect, dignity, love and kindness.

You can find out more about how you can help here.