When it comes to fundraising for Saint Francis Hospice, nothing gets in the way of the Cassidy family from Brentwood — not even Britain's highest mountains and longest marathons. 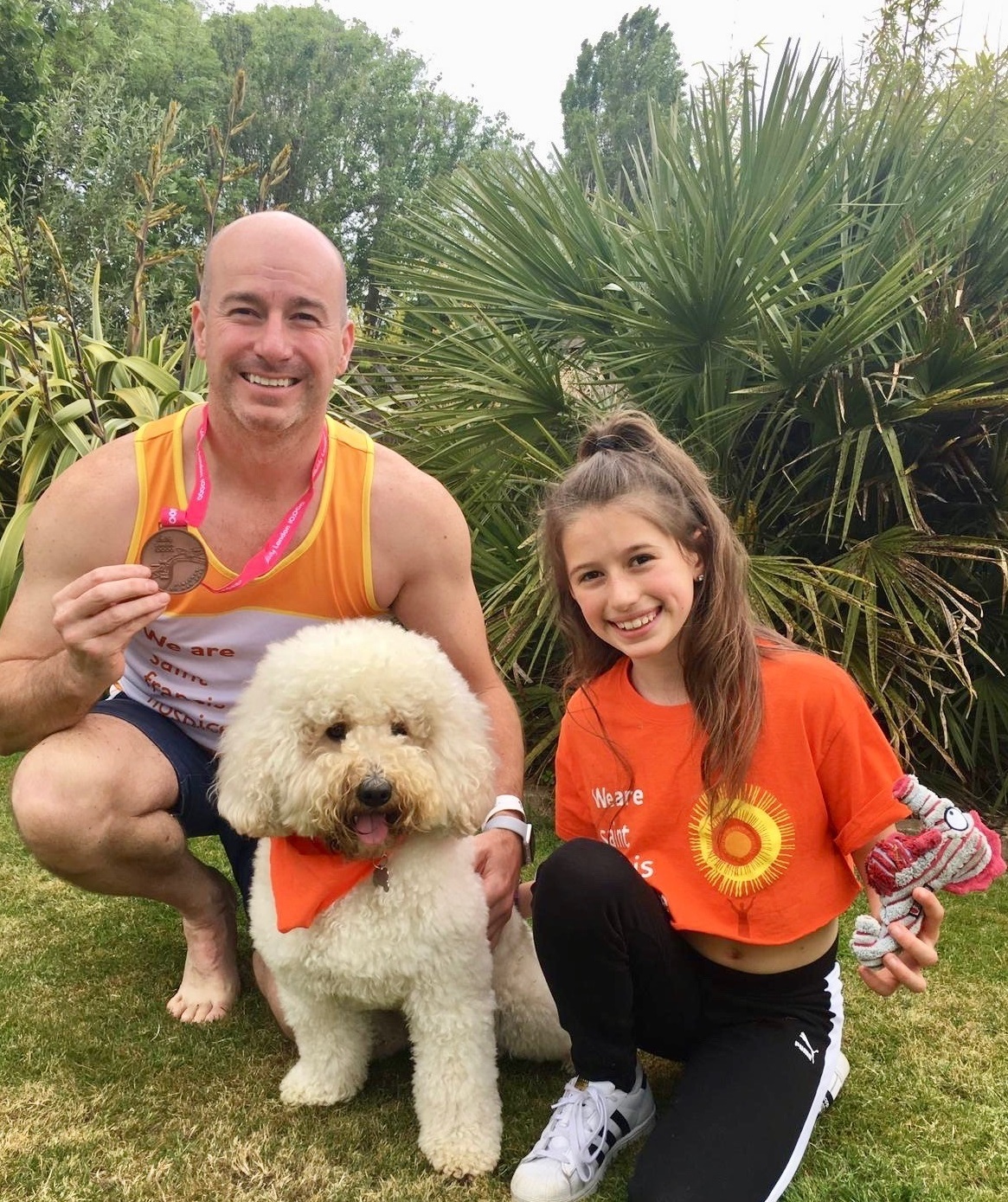 Kate, Ian, and their 11-year-old daughter Isabel count themselves lucky that a relative has never needed our care. Instead, it was their kindness that prompted them to start supporting us.

Throughout the colder months, he prefers something more grounded. Swapping climbing sticks for our legendary orange buckets, Ian and Isabel catch the flow of West Ham fans to London Stadium on match days.

Life going back to normal permitting, it's at Upminster, Shenfield, and Stratford stations where you'll find Ian and Isabel — topping up the incredible £10,000 they've already raised for our Hospice.

"I like helping the patients," revealed Isabel. "I tell my friends that when I help people who aren't as lucky as me, it makes me feel good. It's fun watching all the West Ham supporters put money in the buckets. Sometimes, they put so much in that it gets stuck."

Ian and Isabel have a contest on as to who can prise the most money out of the Hammers faithful, but it's always Isabel who comes up trumps.

"She has a smile that they just can't seem to resist!" beamed a very proud mum.

Thank you, Ian and Isabel, for everything you do for us.

An empty London Stadium means empty collection buckets. You can help make up for this loss by supporting our Urgent Appeal — for less than £3 a month.

Your money will go straight to where it's needed: helping local people living with life-limiting illnesses. You can find out how you can make a difference here.