Home > For Patients & Professionals > about saint francis hospice > News > Colin Stanley Hudson: the Hammer who fought until the end

Colin Stanley Hudson: the Hammer who fought until the end

Colin was, as they say: 'claret and blue through and through'.
Joe Emery 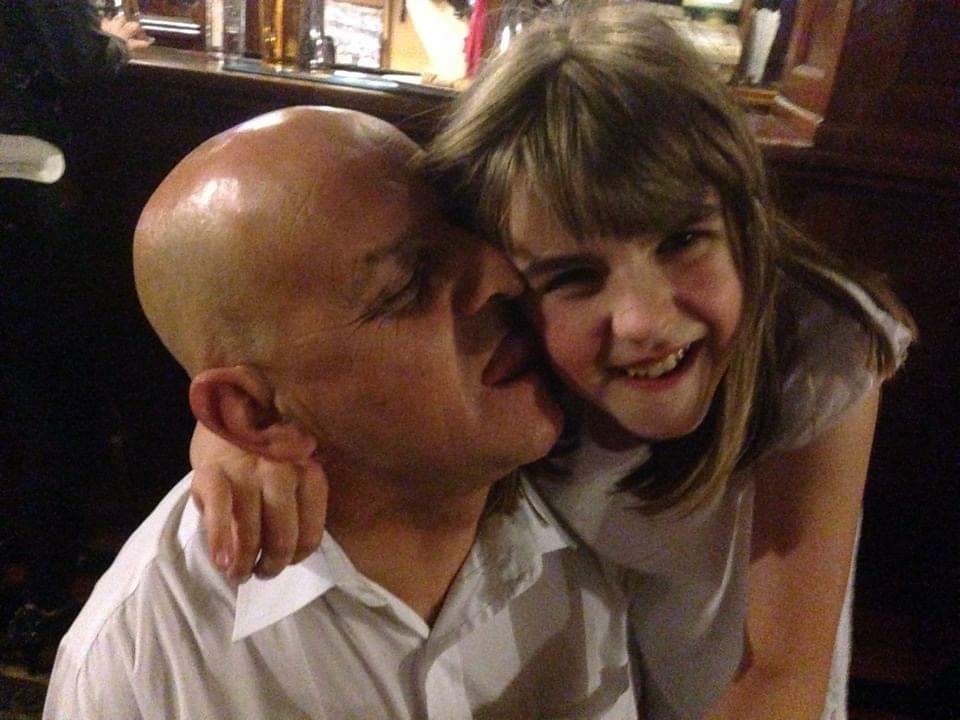 He knew all about Saint Francis Hospice. We cared for his nan shortly after our second birthday in 1985. Violet Hudson even got to hobnob with royalty when Prince Philip visited us that year.

The 21st May 2019 was an ordinary day for Violet's grandson. Colin was on his way to work and riding a London Underground escalator when he suddenly lost his balance. Colin tumbled down the steel steps and crashed to the marble floor at Liverpool Street Station.

Complaining of a sore knee and back, Colin went for some routine tests to find out if it was sciatica or muscle damage. Scans revealed something more serious: stage 4 lung cancer.

The cancer had been in Colin's body for quite some time unbeknown to anyone. His diagnosis shocked his family. He was fit, healthy, and only 62 years old.

"Cancer doesn't care who it picks," his sister Tina would say.

Colin desired to spend his final weeks at our Hospice. He was never one to show his emotions, as Tina fondly recalled:

"He held our hands so tightly at the Hospice that was his way of showing his love for us."

Being self-organised wasn't Colin's forte either. He surprised everyone by having plans in place for his death, including his wish not to be resuscitated, desires for his two children, and who he wanted as pallbearers. Colin asked to be laid to rest next to his dad while wearing the shirt of his beloved West Ham United.

Colin was reluctant to let his children visit him at our Hospice as he didn't want them to 'catch' his illness. "You can't catch cancer, bruv," Tina would say to him. Colin wanted to donate which organs he could. While the cancer had prevented any organs below his neck from being taken, he could give his corneas.

Tina's last memory of her brother is a tear falling from his eye as his tight grasp of her hand slowly slipped away. Sadly, Colin never made his 12-month prognosis. He passed away at our Hospice just 12 weeks after his diagnosis.

Colin got his wish for a Hammers-themed funeral. West Ham's famous anthem rang out as his loved ones parted with his claret and blue coffin in the chapel of rest amidst the bubbles. Club Captain Mark Noble wrote to Colin's family shortly after.

Colin's 15-year-old daughter Rosie wanted a song to say what her dad meant to her. She picked Hero by Mariah Carey. Rosie is currently undergoing bereavement counselling with our Family Support team.

"He's left a big gap in our lives, but I can't thank the Hospice enough," said Tina. "He fought until the end. The Hospice made us realise that it isn't all doom and gloom by celebrating Colin's life and giving him a beautiful send-off."

Colin is now seeing the world through the nine people he has helped to see again. It's with thanks to our supporters that Colin could live his final moments in dignity. There are many ways in which you can help us support his young daughter as she faces life without her hero.

You can find out more by emailing fundraising@sfh.org.uk or calling 01708 753319.  If you or a loved one is under our care and would like to find out more about cornea donation, please speak to a member of our clinical team or call 01708 75331.