When Margaret Kerr was diagnosed with vascular dementia in 2018, her family had no idea that she was living with an illness — let alone in the late stages of one. 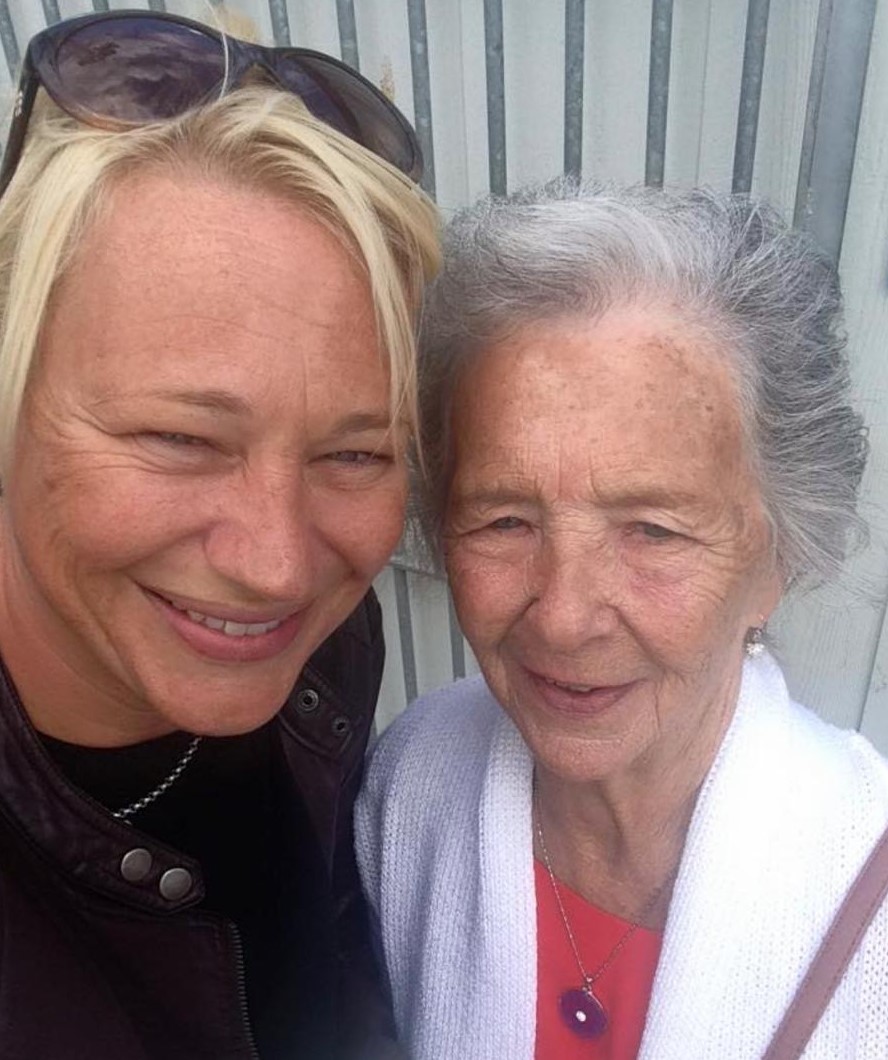 Margaret's family put her forgetfulness down to old age, as her granddaughter Dawn recalled:

"Nan would tell us all these stories from when she was a little girl in the war, but she'd forget what she had for tea. Looking back now, we can see that it was more than just a case of Nan getting older, but we didn't at the time."

When Margaret had a nasty fall at home, she broke her pelvis and two vertebrae, but couldn't remember how she did it. It was then that her family realised she couldn't be left alone. They drew up a rota and would take it in turns to care for her. Margaret’s family were suddenly plunged into caring.

"It was terrifying," said Dawn. "We had no experience of caring and didn't know where to start. I didn't realise how hard it would be."

Margaret was a proud lady who was young at heart. Despite the 41-year age gap, Dawn would often borrow her nan's clothes. Being in her eighties didn't stop Margaret from being on-trend. When Margaret lost her independence, it hurt her, as Dawn remembered:

"Not being able to drive anymore hit her really hard. Having to rely on us to help her on and off the toilet upset her even more."

Dawn revealed that under the strain of caring for her nan, tensions rose and her family began to bicker. When Margaret’s GP suggested Saint Francis Hospice, Dawn and her family experienced a turn in fortune:

"We presumed that the Hospice at Home nurses would make flying visits, but they would stay for hours — day or night. The care and kindness they showed was incredible. Sometimes, after they'd helped Nan, they'd sit with us — comforting the whole family."

In January 2020, Margaret came to stay with us. An ambulance came to collect Margaret, and our nurses rode with her. Margaret clung to a soft elf that her family bought her from our Hornchurch charity retail store over Christmas. The elf had been comforting Margaret at home and keeping her hands occupied.

"I was petrified," Dawn confessed. "The word 'hospice' was so scary. I thought: 'This is going to be horrific.'

"When I arrived, I was in complete shock. I couldn't believe how lovely it was. Everyone was so happy. The Hospice immediately made us feel at ease and had this wonderful calming effect."

Dawn was in for more surprises. She didn't know that patients' families could stay overnight, about our social hub or therapy services, or that our patients often go home again once their pain is under control.

"I thought it was solely a place to die," she admitted.

Margaret's family stayed at our Hospice for 11 nights in a row. There were times when she had five generations by her bedside. As Margaret entered the final day of her life, our doctors told her family if they wanted to say goodbye, now was the time to do it.

Moments after Margaret passed, our nurses cleansed her, dressed her in fresh pyjamas, and rested her elf in her arms. She was 84.

"I never heard anything but positivity," beamed Dawn. "They went above and beyond to help us. Nothing was ever too much trouble. The nurses allowed us to become Nan's family again, rather than her carers. Thanks to the Hospice, we spent quality time with her and said goodbye as a family.

"Nan was treated with so much dignity, even after she had passed away. I now know there's nothing to be afraid of at Saint Francis Hospice."

Dawn has rallied up a team of 26 relatives and friends for this year's Mission Mud. By taking part, you'll be helping people just like Margaret live in dignity, comfort and joy.