Olly Murs to lead celebrities in football match for Hospice 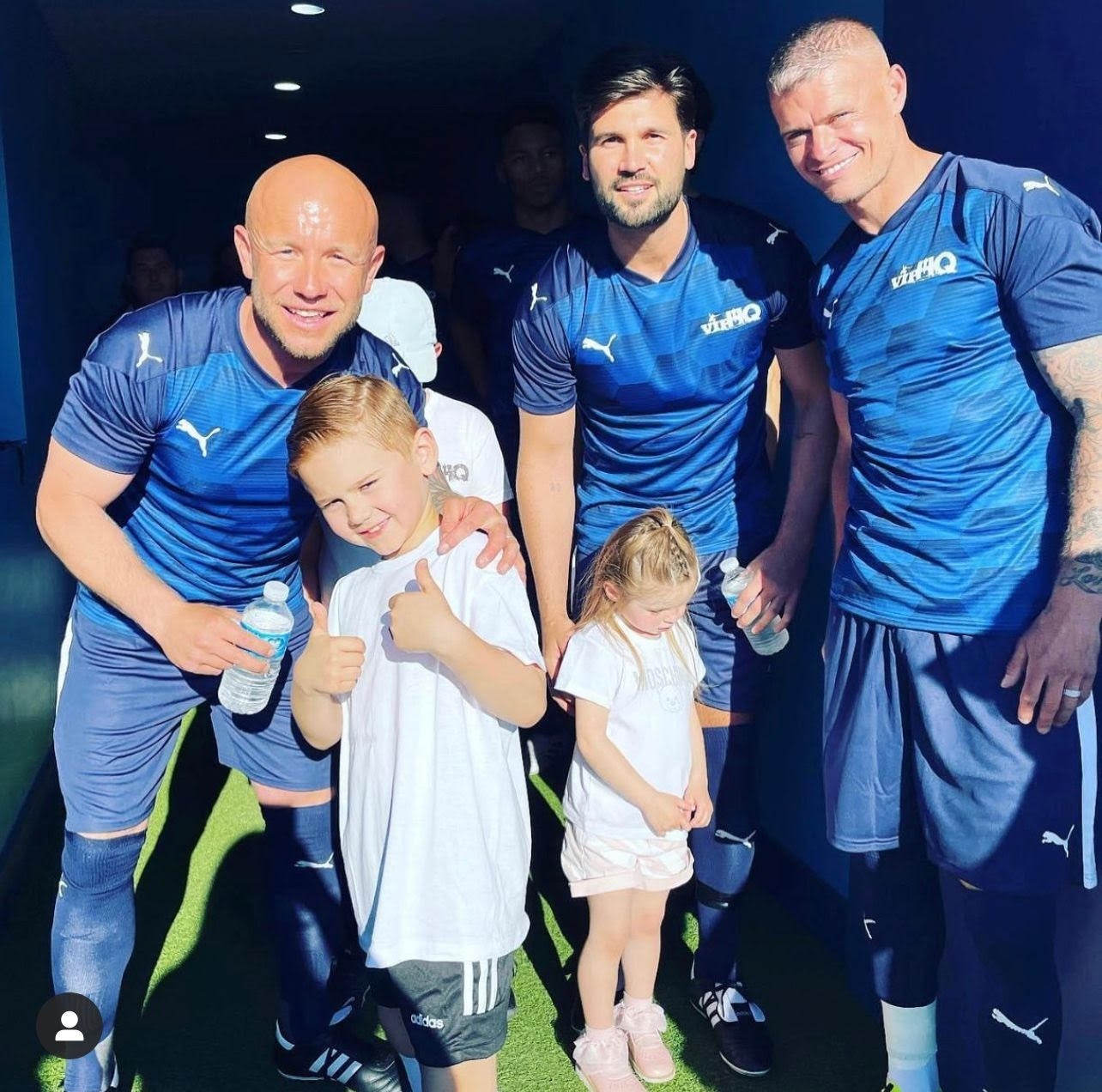 A charity football match will be bringing some of the UKs best known celebrities together for an exciting game with one goal in mind; raising money for local people who need Saint Francis Hospice’s experienced end-of-life care.

Talented singer and songwriter Olly Murs will take on the role as manager for team VIP HQ Essex who will play against Gripz in two matches at Aveley Football Club Ground, Parkside, Park Lane, Aveley, on Sunday 28th November.

Doors open at 2pm with gym members from VIP HQ ladies take on the Gripz ladies in a 30 min each way exhibition match.

Former England and West Ham legend Sir Trevor Brooking will be their kick starting the game at 4:30pm.

Organiser Danny-Lee Finch, who owns the gym VIP HQ Essex, said the match will be very competitive with both teams competing for the trophy and the charity shield.

The VIP HQ teams have even had some professional support in preparation for match day with West Ham Academy allowing them to use its facilities and the club’s U18s coach Mark Phillips leading training sessions.

“We’ve done lots of fundraising for the Hospice over the years but this will be our biggest event to date and we are hoping it will become an annual match to support the charity,” said Danny-Lee Finch - Celebrity Trainer at VIP HQ Essex.

“The Hospice is such a fantastic charity which has helped so many families and people we know in our local community.

“My mum worked there for 22 years and I got to experience the amazing care and support it gives when it cared for my grandad before he died.

“Spectators will get to rub shoulders with some of the biggest names on TV and if you’ve had a loved one cared for by the Hospice, this is the perfect opportunity to show your support.

Spectators can also expect plenty of entertainment on the day such as performances from Apogee Stage School during the two half time intervals and Elf on the Shelf acrobats from More Than Mascots.

Tickets cost just £10 for adults and £5 for children. All money raised will be donated to help local people who need the Hospice’s care, now and in the future.

Click here to book your ticket from VIP HQ.

Or alternatively show your support and make a donation on the Go Fund page set up for the event.