Pauline Wenn was born in East London in 1926 with a heart defect and leaking mitral valve. Doctors warned her parents that they didn't expect her to live past 30.
Joe Emery 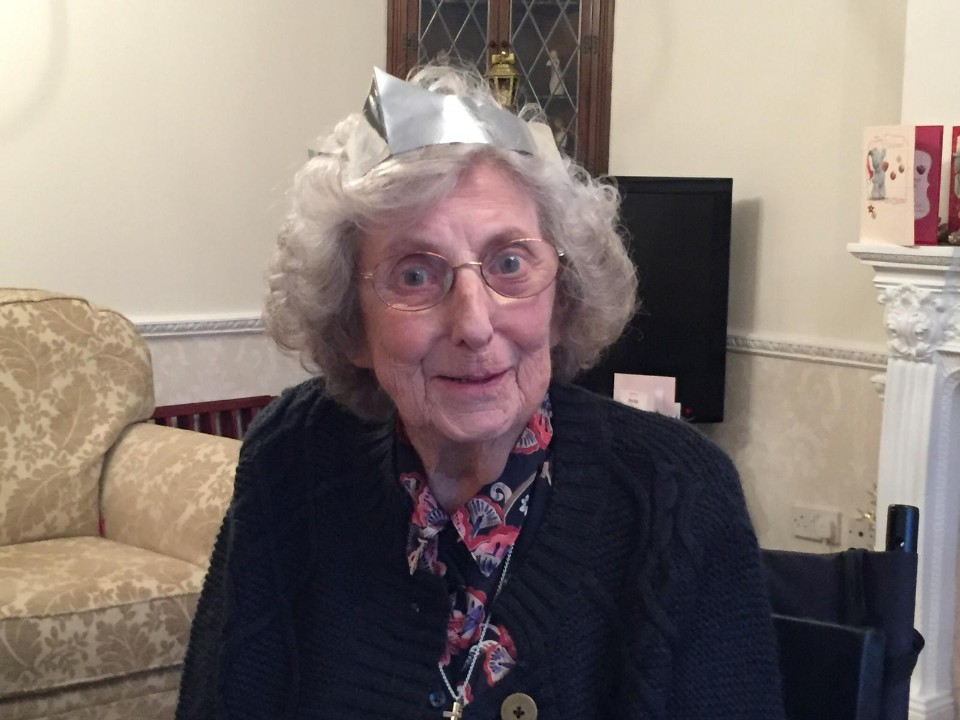 "Mum was never 'Why me?' but always 'Why shouldn't it be me?', her daughter Angela recalled.

When Pauline was diagnosed with advanced heart failure, a district nurse suggested that Saint Francis Hospice care for her. Both Pauline and Angela had misgivings and misconceptions. Little did they know that we care for people living with all types of life-limiting illnesses:

"We thought the Hospice only treated cancer patients and had no idea that they could help mum," Angela admitted.

Pauline and Angela didn't know that we care for patients in their homes, either. They both associated our Hospice with one thing: death. When our Hospice at Home team first visited Pauline at her home, she feared that could only mean one thing too: that she had days to live.

"You're the ones who have come to bump me off," was Pauline's opening gambit to our nurses.

Thanks to district nurses working and our Hospice at Home team, Pauline's health picked up, and she was happy for us to discharge her. Pauline enjoyed the next 10 months of her life before her health deteriorated again, and she came back under our care, much to Angela's relief:

"Caring for someone can be very intense. I became so involved in looking after mum that she used to say to me: 'It doesn't feel like you're my daughter anymore just my nurse and carer'.

"The Hospice at Home team gave me peace of mind that I could go shopping or walk the dog, knowing mum was in good hands. I trusted them, and they put me at ease. I could become mum's daughter again. It's with thanks to them that I was able to hold on to both my sanity and job."

Throughout her life, Pauline had the Roman Catholic last rites read to her five times when it was thought that she was in her final moments:

"You always knew when it was last rites time because the best china came out for the priest," joked Angela.

It was Pauline's wish to pass away at her home in Romford. The day finally came. Pauline and her family sat in her front room eating ice lollies on a baking hot August day:

Pauline took her last breaths in her daughter's arms:

"If there is such a thing as a 'beautiful death', then the Hospice's nurses created one. She was in comfort and at peace."

Pauline became known as 'the lady who wouldn't die' among medical professionals. She amazed everyone and exceeded all expectations, outliving her life expectancy by 63 years. She was 93.

It's thanks to you that we could make Pauline's final wishes come true. We need everyone out there to help us find £21,000 a day through fundraising to continue to help people living with life-limiting illnesses live in dignity and comfort.